This guide will investigate the reasons why the leaves of grapevines turn brown. After finding the culprit, it will then discuss solutions.

It’s important to note that diseases often stem from the environment. A common example is that overwatering can cause leaves to turn brown. Root rot would follow soon after if the problem is not addressed. 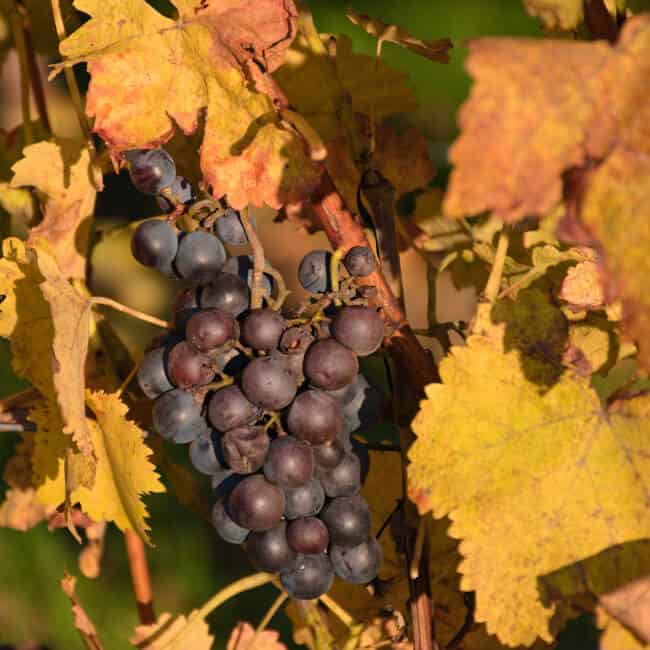 When the conditions are suboptimal, grapevine leaves could turn brown. These types are more or less easy to handle than diseases. Perhaps a modification in your watering or soils might do the trick.

It depends on the exact reasons why the grapevines aren’t growing as they should. It could get tricky because one or more factors could be affecting the grapevines.

So, a little bit of detective work is needed. Maybe you would need to do trial and error. The important thing is to get right to it. (Learn Does A Grapevine Have Leaves With Parallel Veins)

Doubt yourself- you might be thinking that the soil is perfect. But let’s say one of the nutrients is too much or little. Unless you got did a soil test, you might never know.

Too much or too little? Grapes tend to suffer more from too much moisture compared to drought. When leaves are turning brown, too little water is not the reason.

Lack of water would result in dry leaves in young vines and eventually curling. Death even if actions are not taken. But all in all, grapes are tough when it comes to draught.

Now, what happens when grapevines are soaking too much water? The leaves turn brown or yellow. Mostly yellow with the tips brown.

Grapes don’t like to be wet as several diseases would surely afflict them when the soil’s wet. Root rot is one example, and we will discuss other diseases later on. They thrive in well-drained soil, usually sandy.

There are two factors you should consider. How much water does your area naturally receive, and how well-drained is your soil? In California, they use much more water than the delicate parts of the States.

Typically, you would want to water weekly. On the base of each vine, construct an imaginary square. Water, the area until saturation, reaches 12 inches.

Drip irrigation is the best method when growing grapes.

Over and Under-Feeding Grape Vines

Overfertilization results in brown leaves. Under fertilization could result in burned leaves during the warmer months. The two also result in slow growth or yellowed leaves.

As you may observe, distinguishing which of the two presents a problem. You see, the signs and symptoms are similar. (Read Orange Lily With Black Spots)

A grapevine, just like any other plant, requires that sweet spot. Too much fertilizer blocks water absorption. And no fertilizer results in a weak plant.

As an example, a lack of magnesium results in leaves changing color. Red or brown.

Tips on Getting the right amount of fertilizer:

Sometimes, the damage reveals itself after the winter season is over. Healthy vines in the summer might turn brown or wilt then die. This is because the roots or the respiratory system of the plant are damaged.

Grapevine diseases are varied. They target the foliage, roots, or maybe the entire plant. Viruses and fungi are usual suspects. Bacteria can also be the source of diseases.

Among the temperate states, black rot is considered one of the worst diseases. It is caused by a fungus called Guignardia bidwellii. It targets all green parts of the plant as well as the fruits.

The fungus goes into a hibernation-like state in winter. Leaves and canes are a couple of spots. But rotting berries and grapes on the vines are more prone to infection.

Usually, black rot is hard to stop when it gains a foothold. Good practices will deter infection, though.

What makes this different from black rot is that this occurs mainly in warm areas.

This makes the leaf cure, so the lower part of the leaf faces upwards. When the disease is severe, only then will it leave turn brown.

Air and insects are the vectors of the disease. It targets wine grapes vines, and this disease is known to ruin wine quality.

It is interesting to note that its peak growth is 86°F. The colder the temperature, the longer it spreads. But when it gets hot enough, it stops spreading.

Downy mildew is a terrible fungal infection caused by Plasmopara viticola. The disease could start anytime in the growing season. At first, lesions are challenging to spot.

Over time, yellow-green spots start to become more noticeable. The fungus can be found on the underside of a leaf. This mildew is typical of its type.

Leaves that have been infected severely will turn brown and eventually die.

This disease starts as spots on leaves that turn brown. Rotting follows. Ultimately, the leaves die.

In berries, the mold covers them and makes them rotten. Grey molds love to target plants that produce fruit. And are best suited for temperate climates.

Fruit crops and aerial parts of vine organs are susceptible to grey mold or botrytis.

Xylella fastidiosa is the bacterium that is responsible for Pierce’s Disease. A lot of insects can be vectors, those that fed on the sap. Glassy-winged sharpshooters deserve a special mention though they are the worst.

Growing grapevines can be tough, especially if you encounter pierce disease. There is no cure for the disease. As such, prevention is the key.

The symptoms include the following: 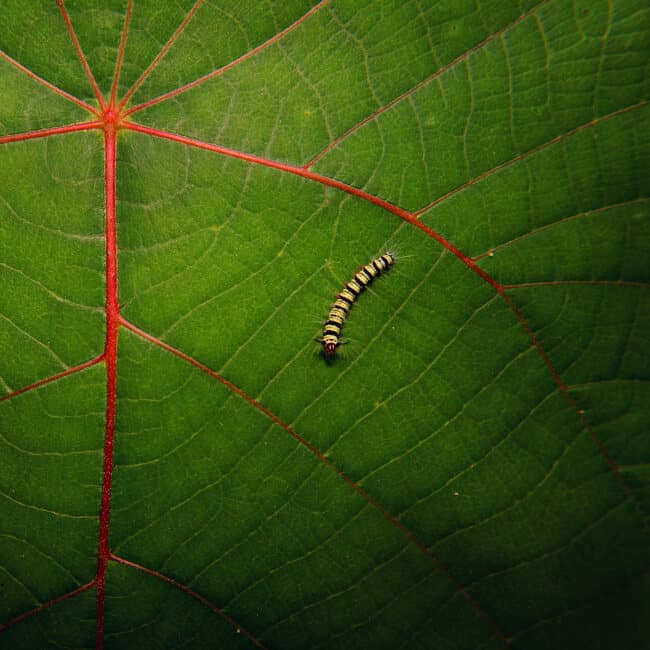 Pests can be the main reason why leaves go brown. The larvae of the western grape leaf skeletonizer eat grape leaves. They cause the leaves to go brown.

They are moths prevalent in the eastern part of the States. Spinosad is an insecticide that can control these pests.

Luckily though, there is a virus that attacks the pest. Some natural predators and parasites target the moth. So, think twice about using insecticides.

Also, these larvae are secret toxins, so be care full in handling them. 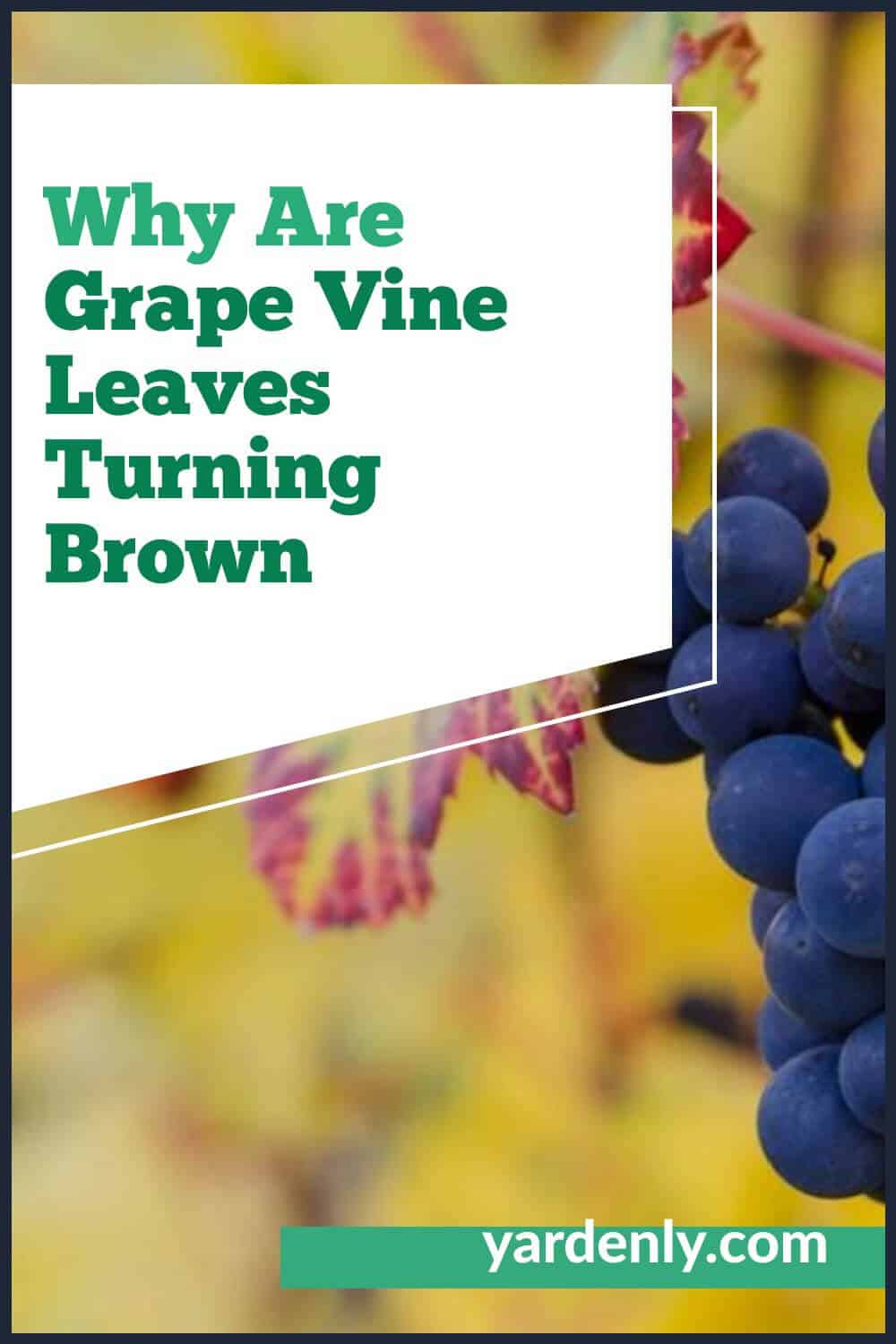