How To Tell If Rosemary Is Bad

The fragrant perennial herb rosemary is prized for its tenacity and toughness. Because of its growth habits closely resembling those of the Salvia genus, Salvia rosmarinus, formerly known as Rosmarinus officinalis, was given the name and is part of the mint family.

It is accustomed to dry summers and mild, wet winters because it is a native of wild coastal habitats in southern Europe. However, because it is a well-liked culinary condiment, it is grown almost anywhere in the world and only needs full sunlight and quick-draining soil.

No matter if you are planting Rosemary or buying it, you’ll need to know. 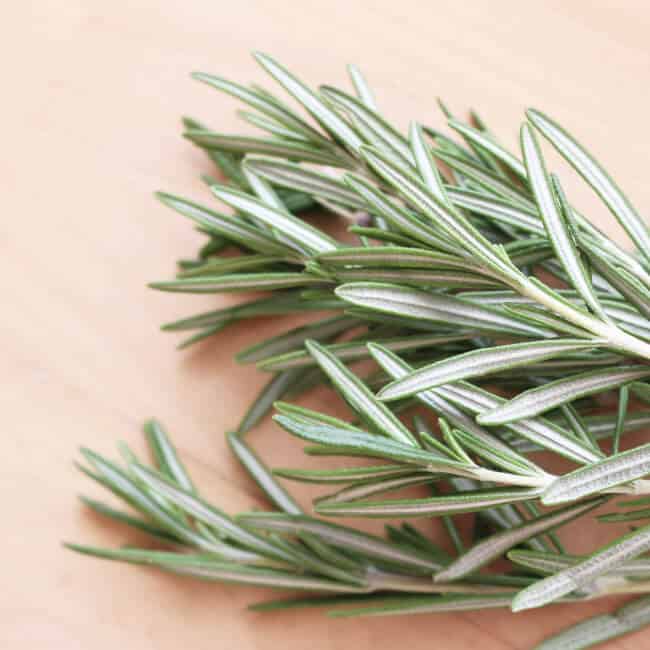 How To Care For Rosemary Plants?

Before you know how to store Rosemary, you need to know how to plant Rosemary and care for you plants to get a good harvest.

Luckily, the herb is highly adaptable, so you can grow it in a larger pot outside if you live in temperate climates or colder climates, you can bring it inside and place it in a sunny window. (Learn How Do You Kill A Tree Without Anyone Knowing)

Here’s what you need to know to care for your Rosemary.

Rosemary roots drown when over-watered. With most plants, when leaves turn brown, you often water the plant; however, doing so with this herb causes root rot.

Let the soil dry before watering, and ensure the soil dries quickly via draining. The container should have good drainage holes. If not, then changing the soil could improve drainage. Then, after two weeks, you’ll see new growth.

Clay soil causes water-logging and root rot in Rosemary. In addition, it compacts easily, limiting oxygen to the roots. Before planting, add organic matter or coarse sand to improve drainage in your potting mix.

If the plants are in heavy clay garden soil, they should be dug up and moved or planted in pots or raised beds where the soil can be easily amended. Rosemary prefers the chalky, stony, and sandy soil of its natural habitat, but it tolerates most soils except clay.

Rosemary prefers slightly acidic to neutral soils and has a pH of 6.0 to 7.0. Most garden soils are like this, although if it is too acidic, Rosemary reacts by turning yellow and dying.

Rosemary prefers the full sun to thrive. So if you see yellow foliage, it could mean too much shade, as could the soil not drying quick enough. Rosemary needs 6-8 hours of sunlight per day, harming the plant.

Rosemary likes mild winters. In winter, they must be protected from frost. Also, cold, wet soil causes root rot and plant death. Frost or extreme cold kills plants quickly, so they must be replaced.

If your area has cold temperatures below 30F, grow Rosemary in containers on a sheltered patio or bring it indoors during winter. Rosemary prefers 55 to 80 F.

In the wild, Rosemary grows on windy hillsides near the coast. These places have a medium level of humidity. The evaporation rate of Rosemary is slowed by excessive humidity, which increases the risk of fungal diseases and root rot.

Root rot happens when there is too much water around a plant’s roots. This is because the roots become infected with a fungus or a parasitic water mold known as pythium, which causes them to rot. If you notice any plant areas turning brown, drooping, or wilting, alter your watering schedule immediately.

If the problem is discovered in time, the plant can still have healthy growth if you remove unhealthy roots. You can also use a suitable commercial fungicide to treat the plant to get rid of any remaining signs of the issue near the roots. (Learn How To Know If Zucchini Is Bad)

A type of fungus is powdery mildew, where powdery white or grey growth covers the leaves, stems, fruits, or flowers of many plant types. These spores may infest rosemary plants exposed to poor air circulation, excessive shade, excessive water, and unfavorable temperatures.

Powdery mildew causes curled or yellowing leaves, but it won’t harm a plant.

No pruning should take place six to eight weeks before the average frost date in a region, aside from the normal harvesting and maintenance of the plants’ air spaces.

The plant can be pruned to a third of its original size in late winter or early spring. Pruning back to bare stems is a surefire way to kill a plant quickly. After pruning, fertilize right away to support the new growth.

The leaves of a plant that lacks nitrogen may turn yellow, though this is uncommon. On the other hand, you may have too much nitrogen if the leaves droop and you have excess growth.

To solve the issue, flush the soil and temporarily stop feeding the plant.

Rosemary in a pot won’t be very attractive and will suffer poor growth. Yellowing is also possible in the lower leaves.

How Long Does Rosemary Last?

Now you have your harvested Rosemary, or you have bought some, chances are you’ll have some fresh rosemary leftover, and you need to keep it or at least do something with it to preserve it. Fresh rosemary leaves are one thing, but does dried Rosemary go bad?

Here’s a few pointers to answer your questions.

Going with fresh sprigs is an excellent option if you use Rosemary regularly for several recipes. The only downside is that fresh Rosemary doesn’t last all that long. (Read Is It Bad To Eat Shrimp Tails)

How Long Does Fresh Rosemary Last?

If you store fresh Rosemary in the refrigerator, wrapped in a wet paper towel, a freezer bag, or wrapped in plastic wrap, it can last up to two weeks.

The storage time is halved if the paper towel is skipped. The fresh herb will wilt and lose quality if you leave it at room temperature for a few days.

How To Store Fresh Rosemary

Fresh Rosemary should be kept in the refrigerator in a freezer bag and wrapped in a wet paper towel for the best results. Most herbs, including Rosemary, prefer low temperatures between 32°F (0°C) and 41°F (5°C), as well as high relative humidity.

We wrap them in a moist paper towel and keep them in the refrigerator because of this.

The Rosemary can keep good quality for a lot longer than it can without the paper towel because it has a source of moisture.

Can You Freeze Fresh Rosemary?

Whole sprigs can be frozen that way, or you can use the best method.

The easiest way to freeze them is to put your cut-up springs in ice cube trays and cover them with olive oil before freezing. You can toss your frozen Rosemary into dishes when cooking. 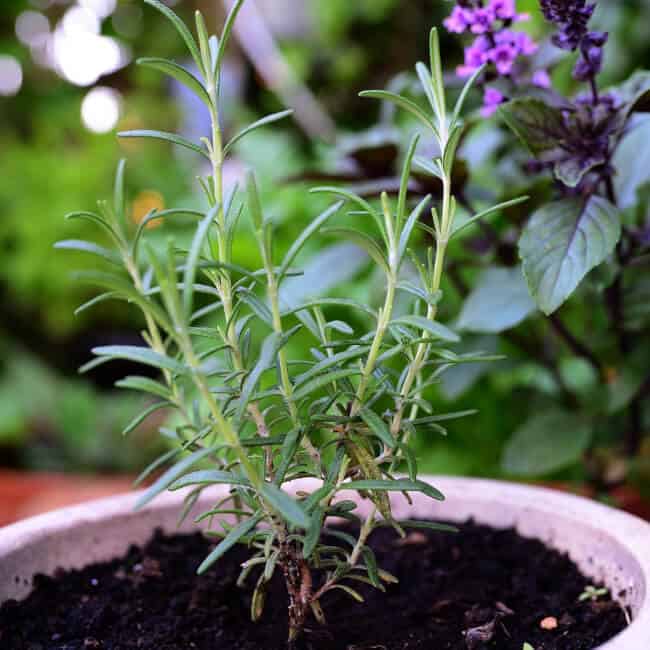 How To Tell Rosemary Is Bad?

After being kept for an extended period or in unfavorable storage conditions, fresh Rosemary loses its green color and becomes softer. Therefore, it’s time to get rid of your sprigs if they are wilting, appear brownish, or otherwise seem gross.

You must determine whether an old bunch of rosemary sprigs is still suitable for cooking, just like other fresh herbs. It’s disappointing to have to discard fresh Rosemary, but if the leaves have turned dark brown or are fragile, they should not be used.

If the shelf life of the refrigerated Rosemary is ending, you should also examine the stems closely for any indications of mold.

Is Rosemary supposed to be black?

Because of a fungal disease brought on by damp soil around the roots or high humidity, rosemary leaves turn black. In addition, Rosemary can turn black due to root rot, Botrytis, black spot, and other fungal pathogens.

Rosemary has a strong flavor and aroma that is comparable to that of camphor and eucalyptus. However, more often than not, people who use the herb say it smells like charred wood or pinewood.

The herb rosemary is not poisonous in moderation. However, using excessive Rosemary essential oil topically or ingesting rosemary preparations can be toxic. 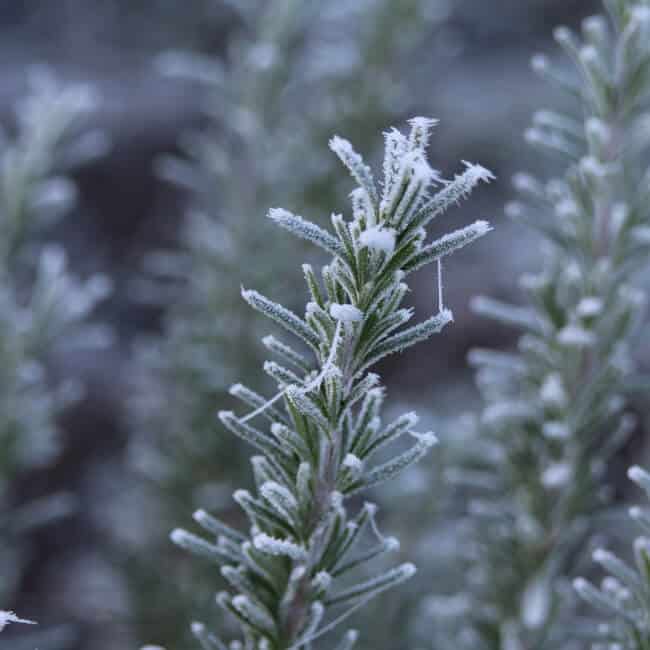 Should Rosemary be refrigerated?

Keep your rosemary plant in the refrigerator if you intend to use it within the next 10 to 14 days.

Simply place the rosemary sprigs in a Ziploc bag or other storage container after wrapping them in a slightly damp paper towel. In this manner, the Rosemary should last one to two weeks.

Rosemary thrives in well-draining sandy or rocky soils on hillsides that do not retain water very effectively. The exceptional drainage provided by sandy or stony soil’s porous structure helps keep the roots relatively dry and prevents the root rot that turns Rosemary brown. (Read Why Are My Avocado Tree Leaves Drooping)

Can spices get moldy?

Mold growth is encouraged by humid air, especially when it’s warm (like in a kitchen), on dried herbs, and other herbs with a similar shelf life.

The risk of self-heating rises as spice humidity levels rise. In addition, mold can produce mycotoxins, which can be genotoxic, cancer-causing, or cause food-borne illnesses besides spoiling spices.

Why is my old rosemary plant turning gray?

Usually, this results from letting the plants become overly dry. However, as hot and dry as this year has been since mid-summer, I’ve seen a lot of problems with Rosemary. Rosemary prefers well-draining soils, which aren’t particularly good in wet areas.

The scent of Rosemary is similar to that of pine because it is potent and mint-like.

Aromatherapy and natural cleaning products both use rosemary and pine oils. In addition, any pine species can produce a pine scent by distilling extracts from the tree’s needles. 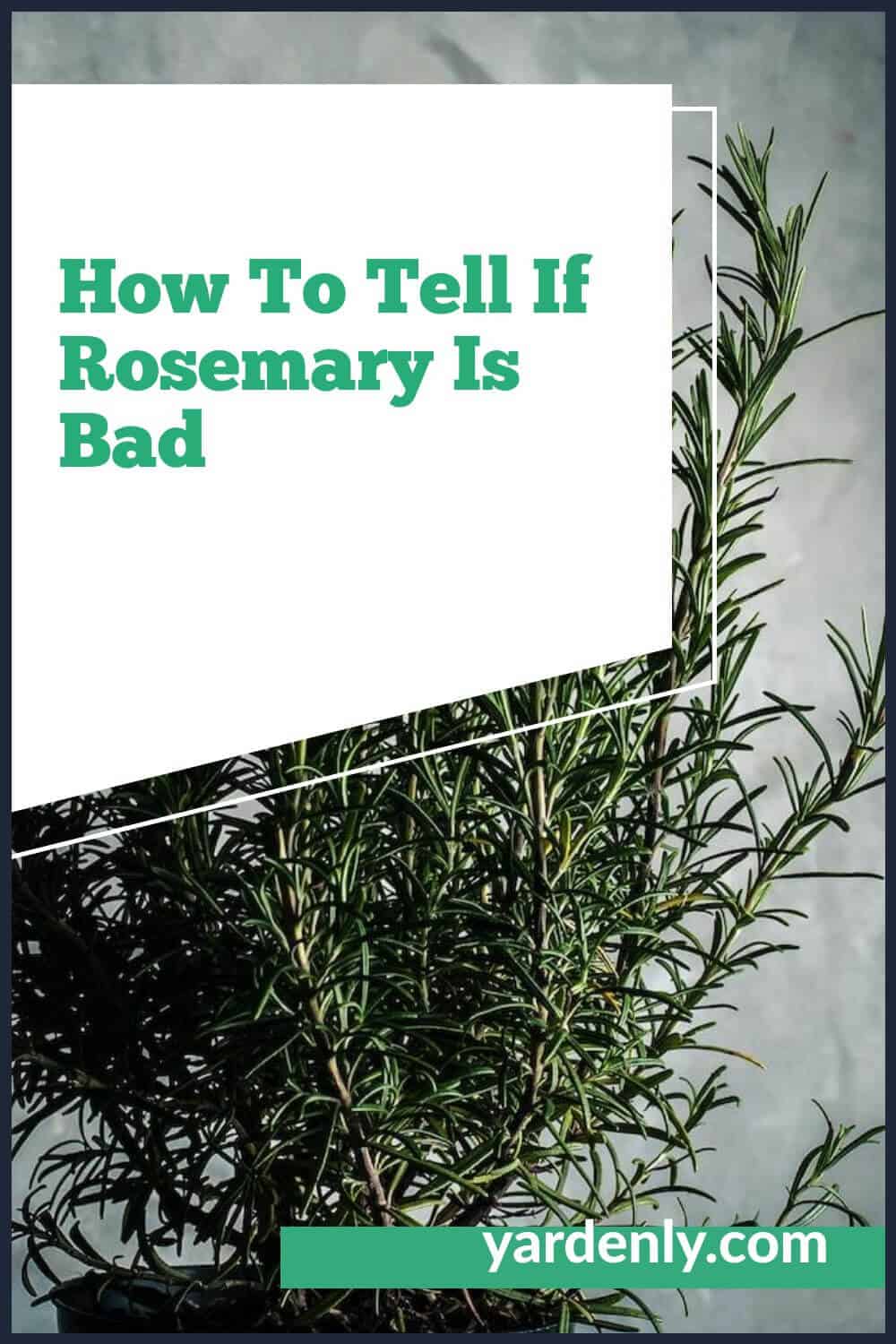