Are you new to planting Japanese Maples? If so, have you ever noticed them losing leaves? The Japanese maple leaves drop most often in late Fall, November, and December. In severe cases, however, you might observe browning and dropping of leaves earlier than this in late summer.

Your Japanese Maple may have a problem with its growing conditions if you notice its leaves turn brown and fall in other months. Checking your tree’s soil frequently is important because dry conditions are frequently to blame. The soil and surroundings of your tree can significantly impact whether it sheds leaves in the summer or winter, or you find your Japanese Maple dying.

In our guide, you can find out the reasons behind your beautiful Japanese Maple you got from the local nursery losing its leaves. By the end, you’ll see that there is an easy fix in most cases, as some causes are common. No matter what, you’ll be able to have a healthy Japanese maple tree before you know it. (Learn How To Fix A Leaning Fiddle Leaf Fig) 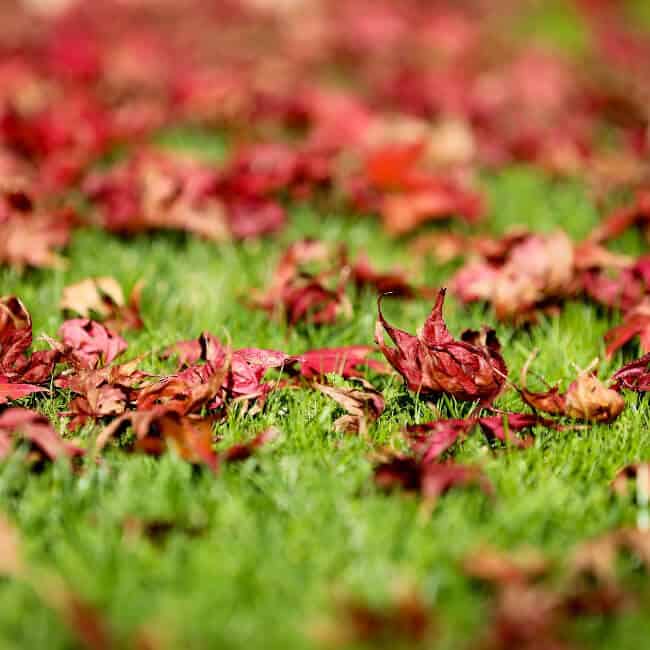 Japanese maples die because of root rot, which is encouraged by saturated soil. Aside from having brown, wilted leaves and a dying appearance, maples also suffer from excessive wind, sun, and lack of water.

Verticillium wilt and Phytophthora (root rot), which are problems in wet soil and frequently kill the tree, are the most prevalent fungal pathogens that affect Japanese maples.

However, excessive wind, intense sunlight, or a lack of water are other factors that can cause scorches or brown leaves and can be remedied by making a few changes to the maple tree’s environment.

Japanese maples have a brittle structure that absorbs moisture while allowing excess water to drain away quickly, making them well-adapted to grow in soils rich in organic matter.

In too-wet soils, Japanese maples are susceptible to Verticillium wilt or Phytophthora root rot because of the following:

These elements can make the soil soggy, preventing the roots from growing in well-draining soil. Verticillium pathogens, which infect Japanese maple trees, thrive in moist soils.

Regrettably, Japanese maples are vulnerable to the fungal pathogens brought on by moist soil, and even mature maple trees can suddenly show symptoms and die. Verticillium symptoms include lower leaves turning brown, grey, yellowing, and curling inward or certain branches that drop all of their leaves and foliage.

It’s important to note that brown Japanese maple leaves can also mean drought stress, not enough water, or too much fertilizer, but if your Maple is in waterlogged soil, wilt or root rot is almost certainly the problem.

The best way to prevent Verticillium or any other soil pathogens that harm your Japanese maple tree is to ensure the soil is well-draining. In addition, planting areas should be amended with lots of compost or organic matter to create the ideal well-draining soil structure.

It is best to plant maples in pots or containers if you have heavy clay soil or bog areas in your garden because you can quickly provide the best soil profile for them there.

If the plant has Verticillium, the recommendation is to dig up the tree, remove it from the pot, burn it, or dispose of the entire plant, including any infected leaves that have already fallen.

Infected soils should be treated with a fungicide since these diseases can thrive in the soil and infect new plants come the growing season if left untreated. (Read Can You Plant Hostas Under Pine Trees) 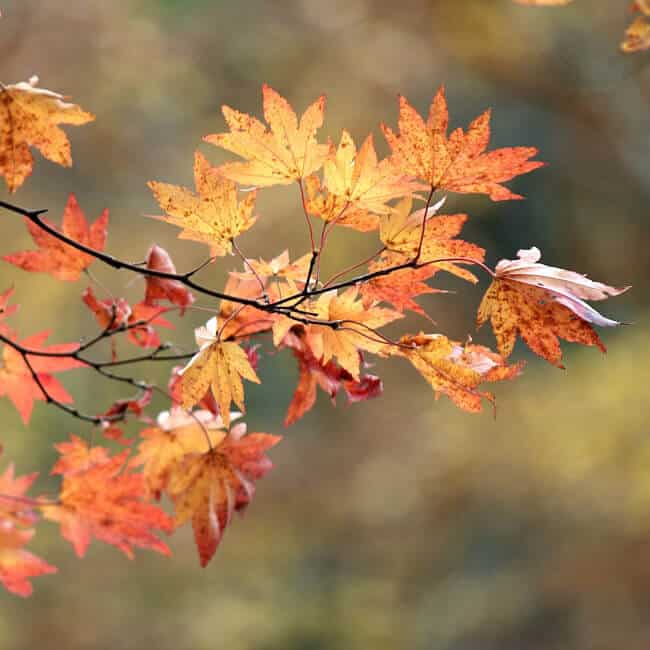 Japanese maples are shrubs and small trees developed to thrive under protection forest’s canopy. Water loss from Maple leaves may increase if it is in a windy, open, and exposed area.

Forest canopies and the branches of tall trees shield the Japanese Maple from harsh sunlight, which can further dry out the leaves and give them a scorched appearance. Growing conditions for Japanese maples should be wind-free, in filtered shade, with moist soil, and in a sheltered area.

It’s important to act if your Japanese Maple’s leaves appear scorched with a hint of brown at the edge. More shade is preferred only if your Japanese maples are in direct sunlight. A good balance is achieved if there is morning sun, followed by shade from midday to the afternoon.

Japanese maples need shade to survive in direct sunlight. Apply mulch around the base of your Maple up to around one inch, and regular watering can help retain moisture in the ground in hot weather with too much sun bearing down.

If Japanese maples are planted in suitable soil rich in organic matter, they won’t need additional watering in a temperate climate with high rainfall. However, it is essential to water the Maple at least once a week in dryer climates with hot summers. The Japanese Maple should have moist soil around the root ball, and adding mulch, if it is too dry, will help when there is wind and too much sun to dry the soil.

Besides this, there are times you may have an overwatered Japanese maple. At the same time, they like wet soil, although they don’t like wet feet or soggy soil. Too much leads to root rot and will eventually kill your Maple.

3. Japanese Maples Have Too Much Fertilizer

Japanese maples aren’t heavy feeders and don’t need fertilizer if planted in good soil with compost. Because of this, adding too much fertilizer causes leaf scorch, brown or yellow new leaves, and soft, drooping branches. Even if you haven’t fertilized your Maple, excess lawn fertilizer can dilute in rainwater and burn the leaves. Because of cold weather, additional fertilizer can be a problem if applied too late or too early, making new growth more vulnerable to frost damage.

Once too much fertilizer has been applied, it needs time to recover. Remove excess growth and damaged leaves (yellow tips on new leaves) to prevent frost, aphids, and sun damage.

The Japanese Maple should recover if no fertilizer is used. However, if you add any, use half-strength multipurpose organic fertilizer for these maples in a pot or sandy soil. In most gardens, compost or leaf mulch adds nutrients to the soil, improves soil structure, and conserves moisture, giving your Japanese Maple the best conditions. (Read Digging Up Elephant Ears)

The soil’s pH may cause your newly planted Japanese maple dying or exhibiting poor growth. Most garden center-purchased plant types prefer acidic soil of 5.5 and 6.5. Therefore, any number below is acidic, and above 7 is alkaline. If your garden is alkaline, certain nutrients are insoluble, and the Japanese maple roots can’t uptake nutrients. As a result, you’ll see poor growth, which can kill the plant. Most garden soil is slightly acidic, as is most decomposed organic matter.

If acid-loving plants like roses, azaleas, and rhododendrons, grow in your garden, soil pH is not a problem, and your Japanese Maple is dying of something else. If the soil is neutral or slightly alkaline, it can lower the pH to be more acidic and suitable for Japanese Maple. Use ericaceous fertilizer and compost as mulch around your maple tree.

Apply an inch of compost every 6 months to maintain soil acidity. It may take a few months for your Japanese Maple to recover after adjusting the soil pH.

Japanese maple trees typically experience moderate leaf loss and are typical for some foliage to drop off between seasons. Given that, you should check your tree’s soil for moisture as soon as you notice the leaf dropping in the summer or spring. Japanese maples can withstand moderate levels of drought, but if the climate is too harsh, their leaves will fall. Here are other reasons your maple trees may lose some of their leaves.

You can grow this type of Maple in colder climates, though zones five through nine are where it grows best. Japanese maples typically prefer moderate temperatures and some shade.

It is advised to plant your Maple in the full sun instead of mostly shade if you reside somewhere with more severe winters or a shadier location and plenty of water for your Maple if you live in a hotter climate. 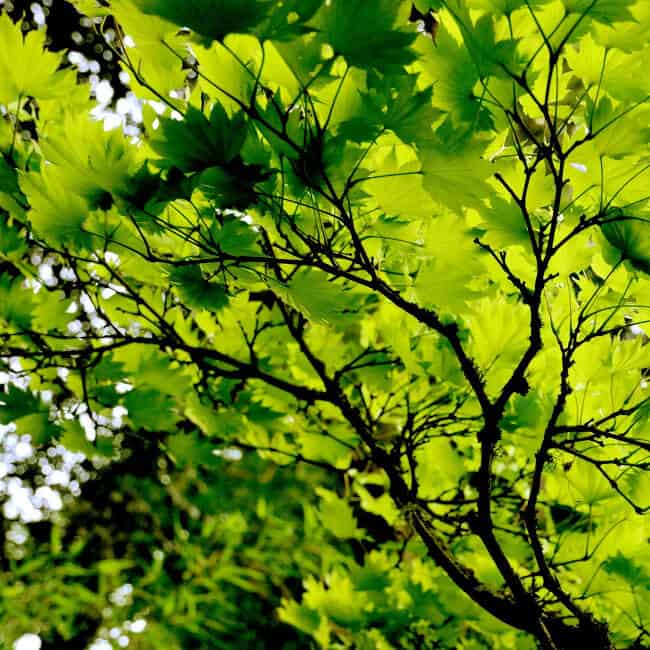 When Do Japanese Maple Leaves Grow Back?

After your maples’ leaves have fallen, you can expect their regrowth in the early spring. Of course, this is not unusual, but the ideal circumstance for a Japanese maple whose leaves fell during the winter. If your tree had a tough summer, you should see some foliage return before fall but not all of it until the following spring. Your Japanese Maple should be cut down at this point if it remains bare throughout the spring and into the summer, as it is likely dead.

How Do You Revive A Dying Japanese Maple Tree?

If your Maple starts dying, you usually have a brief window to save it. But first, check and water your Maple’s soil. Japanese maple roots grow just below the soil’s surface, so they will die if covered with too much mulch or soil. Next, use garden shears to remove any dead limbs blocking healthy ones. Then, allow your tree’s energy to go where needed, not to dead or dying areas.

Should I Fertilize A Dying Japanese Maple Tree?

Do not fertilize a dying maple in fall or winter. This will cause overproduction and winter dormancy, further weakening it. Add fertilizer when your Japanese Maple shows signs of death in spring or summer. This won’t save your tree but will strengthen it for fall and winter. (Learn How Long Do Zucchini Last)

Fungal disease is most frequently to blame for your Japanese Maple’s decline. This is because the conditions for fungi diseases like root rot, which kill your Japanese Maple, are promoted by fungal soil. Brown wilted foliage can be caused by strong winds, excessive sunlight, and dry soil. Most Japanese maple varieties do not thrive for very long in alkaline soil, which must have an acidic pH of between 5.5 and 6.5.

Japanese maples were planted in areas with wind protection and shade from direct sunlight. Before planting, add compost to the soil to improve drainage while maintaining moisture retention, which is the ideal balance for Japanese maples. 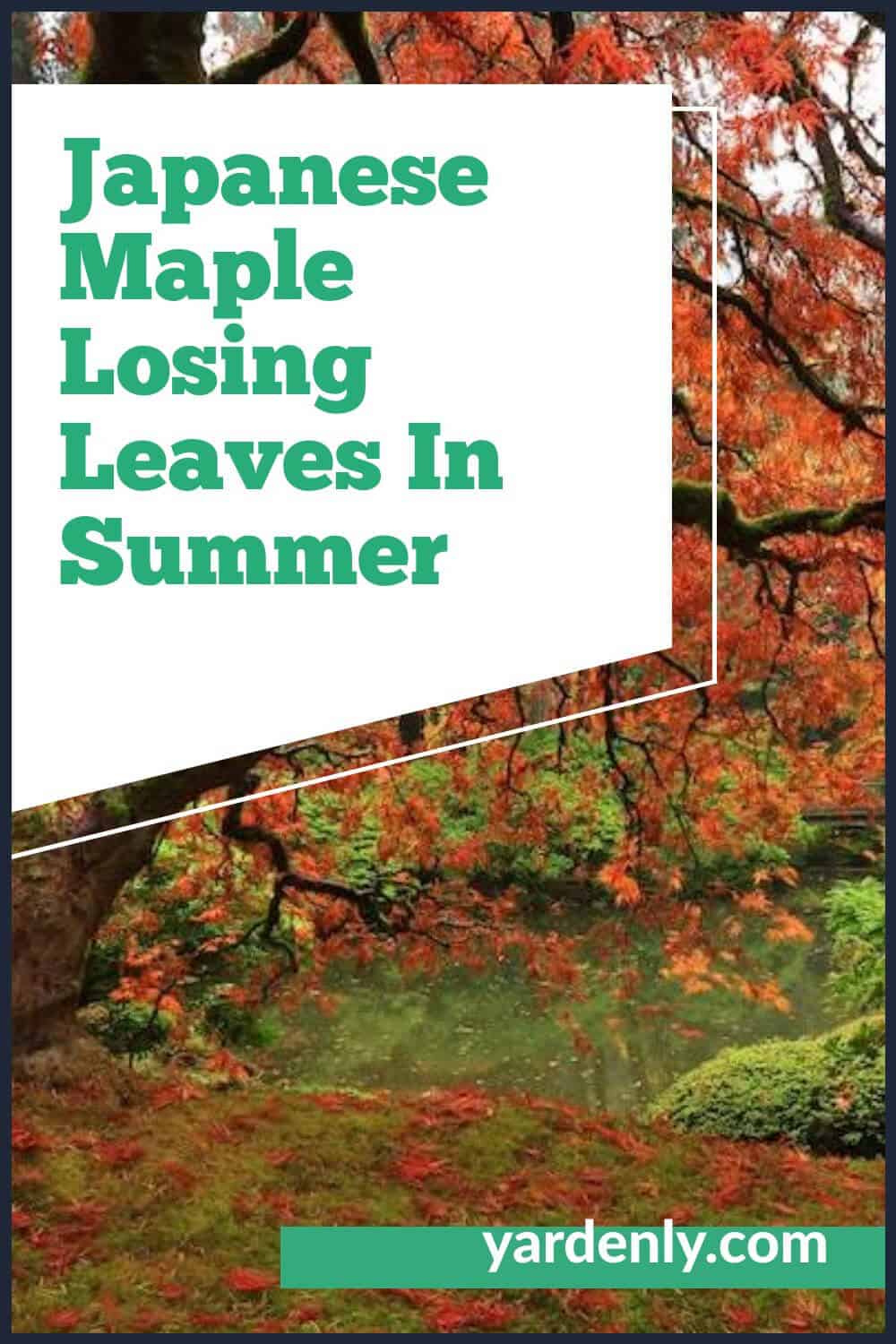