Compared to other common houseplants, some rarer cultivars can command significantly higher prices. Among the Araceae Aroid family’s most attractive climbing/trailing plants is the Philodendron Silver Stripe vs. Brasil. 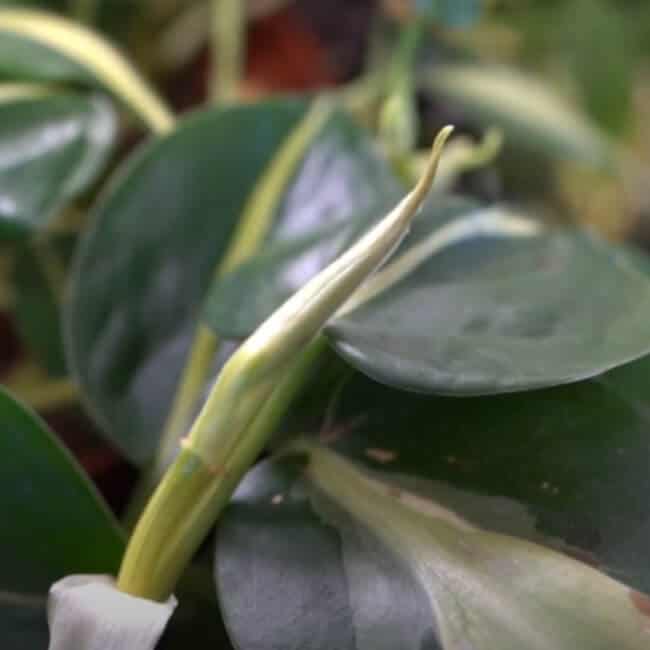 They are an excellent option for your homes and workplaces. Having a suitable location for hanging baskets or a reliable structure for them to climb on would be ideal. In our guide contents, Philodendron Silver Stripe is compared against Brasil. By the end, you’ll see more about these plants native to Central and South America and how they can brighten your home. (Read Bermuda Grass Vs Centipede)

What Are Philodendron Plants?

This genus is likely well-known. It’s one of the largest plant genera, with both epiphytes and terrestrial plants. This genus shelters unique species. Some are used as indoor and outdoor plants. They’re new for beginners because they adapt quickly and stay green indoors.

Philodendron Brasil is often misidentified. P. Brasil is the most popular and base cultivar, while the others are its mutated variants.

Often, you can compare Philodendron Brasil plants, Philodendron Silver Stripe, Rio, and Philodendron Cream Splash. It is also easy to compare Pothos plants as these are also closely related. 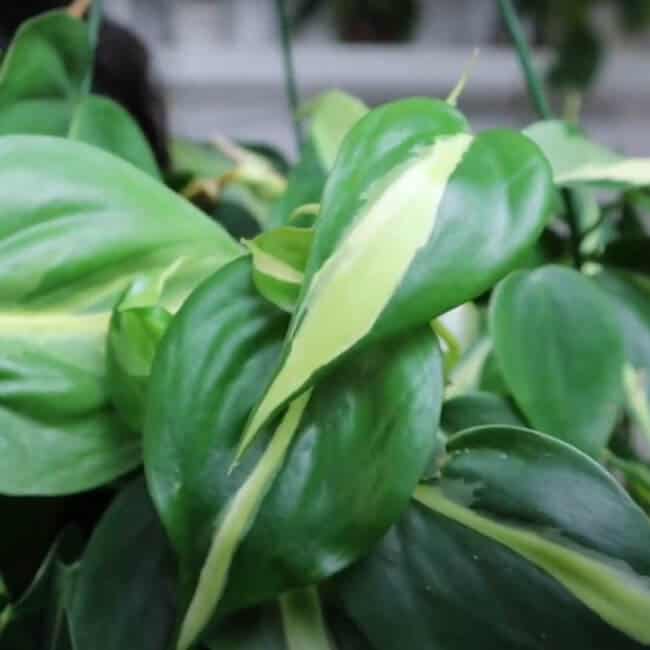 Each of them is a native of the tropics in North and South America. They are perennial, climbing epiphytes that are primarily used as decorations inside.

Because the Silver Stripe is a modified version of the Brasil, only the variegation pattern differs slightly between the two in terms of primary caring requirements, tolerance, and overall shape and size.

The silver-striped philodendron is the scientific name for the Philodendron hederaceum with silver variegations.

The plant is Native to Central and South America, Brazil, and Mexico.

Cream, silver and dark green differentiate colors from the leaf’s center to its edge. The silver stripe plant’s variations are remarkably consistent and transferable from plant to plant.

The Philodendron silver stripe plant has elongated, pointy-edged leaves about 3 inches in size and heart-shaped. These leaves have a thick silvery stripe running through the middle that stands out the most, where the plant gets its name.

On rare occasions, it may also be brilliant white, creamy yellow, or silvery green in hue, and the remaining portion is a dark green hue. (Read Bermuda Grass Vs St Augustine Grass) 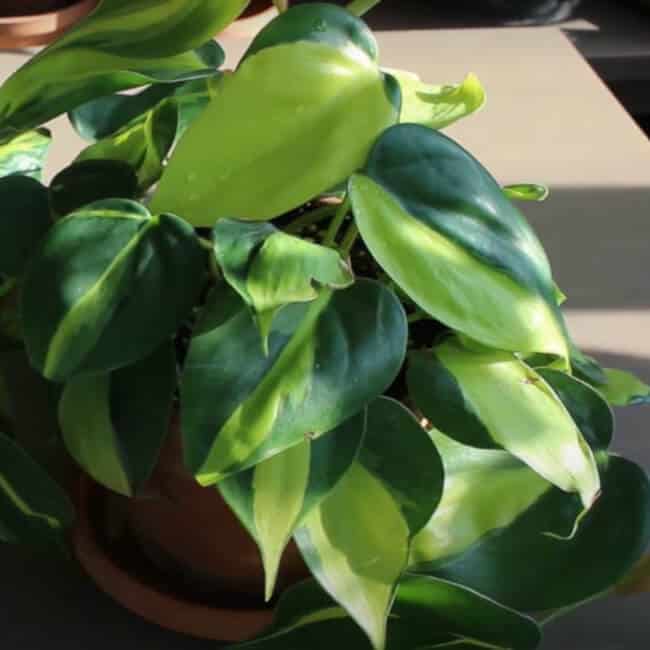 The scientific name Philodendron hederaceum Brasil is another name for the Brasil philodendron plant.

The Brasil philodendron is native to South America.

Adult Brasil plants come in a wide range of sizes. It can reach a height of 6 to 36 inches and a width of 12 to 36 inches as it matures.

Yellow, light green, and dark green differentiate from the center to the edge, where each leaf has random variegation. The Brazilian plant’s leaves resemble each other, yet some significant differences exist.

A stripe runs down the middle of these variegated leaves, which is lime green, and the rest of the leaf is a dark green hue. The plant’s name derives from how these leaves resemble the Brazilian flag.

The care needs for the philodendron Brasil vs. Silver Stripe plant are similar, although it is a little higher maintenance than the silver striped one.

The care needed for Philodendron Silver Stripe vs. Brasil is much the same. Here’s a breakdown of the care all the plants need to keep them healthy.

Light is crucial to healthy growth, so keep the plant in direct or filtered sunlight. If either plant faces direct sunlight, it could scorch the leaves and burn the vegetation. However, they can tolerate low to medium lighting because they are indoor plants.

Ideally, place them at least 5 to 6 feet away from a south-facing window for the best results. If you give your Silver Stripe and Brasil enough morning and evening sun, they will flourish to their full potential. You can also move them close to an East-facing window so that direct light won’t harm the leaves.

Philodendrons typically develop some yellowing of their older leaves, yet too much light causes more yellow leaves.

However, you’ll have leggy vines if your plants don’t get enough light. To avoid direct sunlight, place your plants in bright but indirect light areas to encourage them to produce leaves and a bushier growth habit.

The annual average temperature in the plant’s native tropical regions is 22°C to 26°C (72 to 79°F), and rainfall varies more than temperature.

These are the stats for Brazil’s tropical center, where Philodendron Brasil and Silver Stripe grow, so keep temperatures for your plants at 25° to 30°C and no lower than 18°C.

For indoor growing, keep your plants at room temperature. (Learn How To Get Rid Of Mushrooms In The Lawn With Vinegar)

In these tropical rainforests, summer rains more than winter and causes humidity to rise. As a result, plants use less water in the winter compared to dry days.

As a result, plants native to these regions would enjoy moderate to high humidity levels with an ideal range of 65 to 75 percent. During dry seasons, move them to rooms such as your bathroom or kitchen, where water vapor is in the air.

A healthy soil mixture will protect your plants from diseases and keep your Philodendrons free from pests. Water-logging occurs when the soil mixture is too dense and causes root rot, where they get choked and suffocated. Some plants have special pores called hydathodes that drain extra water.

Many pests that drink sap are attracted to the water on the leaves, so you need to use a light and quick-drying soil mix for your Silver Stripe or Brasil.

Your mix will be light and airy, and while it can retain water, excess water will easily flow out of the drainage holes.

It would help if you watered your plants regularly to help them grow. However, using a schedule may not work as many variables can affect how often you need to water. Most plants thrive when given the correct soil mix and watering.

Keep a light mist of water but avoid drowning the soil—only water once the soil dries out to an inch to two inches from the surface. Sagging leaves show either too much or insufficient water is being provided to the plant. After getting back on schedule, they reshape themselves and are pretty forgiving. Both are low-maintenance plants, yet watering can make up most care you need to take.

Both the Philodendron Silver Stripe Vs. Brasil plants make excellent indoor gardening options because they are both low maintenance and offer several health advantages. Low-maintenance plants like philodendrons can purify the air by removing pollutants.

Asthma and allergy sufferers will benefit significantly from the Philodendron Silver Stripes’ exceptional capacity to purify the air. Brasil plants are a good option for bedrooms because they efficiently remove pollutants from the air and release oxygen at night. 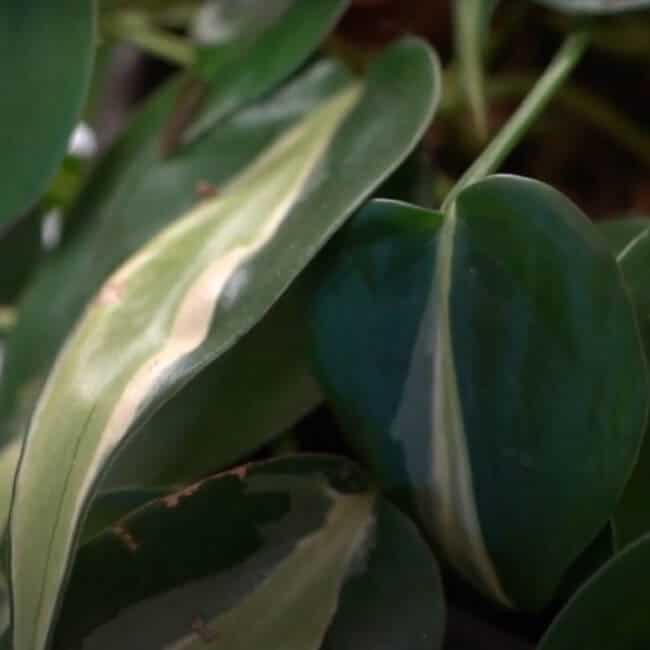 Are Philodendron Silver Stripe and Cream Splash the Same?

No, the leaves of these plants have a variety of colors. For example, the silver stripe plant and the splash plant are variations of the heartleaf Philodendron. The edges of its leaves are a dark green color. Near the leaf’s center, this green becomes paler, and a running line in cream color can be seen there.

The silver-striped plant has leaves that are quite similar to one another in both their shape and size. In addition, they are both pretty the same shade of green. The only distinction is that their centers are divided by a silver line rather than a cream-colored one. These two plants can only be distinguished from one another in this way.

What are the Key Differences between Philodendron Rio Vs.? Brasil?

Rio’s leaves are bright green and rounded, whereas Brasil’s are yellowish-green and thinner. This is the fundamental distinction between these two plants. Philodendron hederaceum Rio is the official scientific name for the Philodendron Rio plant.

Its leaves have a heart-shaped shape, so they taper at the tip. The Rio plant has bright green, white, and silver central variegations on its leaves. Therefore, this plant can endure periods of low light. Philodendron Brasil’s heart-shaped leaves are thinner and slightly longer in comparison.

Why Does My Philodendron Silver Stripe Revert?

A lack of sufficient sunlight may cause Philodendron Silver Stripe to revert. This shows that it is turning entirely green and losing its silvery variegations. This occurs because the plant struggles to complete enough photosynthesis in low light or weak indirect light to produce enough food for itself.

Therefore it turns its silver components back into green, giving it more chlorophyll to make food. Place your plant somewhere bright to improve the lighting conditions. The variegations will return as soon as things get better.

Philodendron Brasil was discovered in 1991, and Gabriella Plants cultivated Philodendron Rio. Because of the shape of its leaves, Philodendron hederaceum is also known as the Heartleaf Philodendron.

In contrast to Brazil’s rounder leaves with green variegation patterns, Rio’s leaves are more elongated and have silver, cream, or white variegation. The deep green of the philodendron brasil leaves has stripes of bright greenish-yellow color.

Rio is the only Philodendron cultivar with this combination of creamy white and silver leaves. Its intense white and cream variegation is quite similar to some Pothos cultivars.

The Rio stands out among the Philodendron hederaceum species because most plants have a yellow or neon green color.

As with any Heartleaf Philodendron, Rio and Philodendron Brasil will grow when fertilized using a balanced liquid fertilizer during spring and summer.

Hugely popular indoor plants include Rio, Philodendron Brasil, and Silver Stripes. All you need is moist soil, and you can reap the health benefits the plants offer indoors.

Try propagation because of these cultivars’ exquisite appearance. Snip a four-inch stem section just below a leaf node to propagate your Rio or Brasil.

When cutting, be careful not to damage the node or any aerial roots because this is where new roots will sprout. The cutting can either be rooted in a pot with propagating mix or placed in a glass of filtered water before being planted.

Within a few weeks, the roots ought to appear. Transplant them into the same soil mix as above once they are between one and two inches long for long-term growth. For a plant that looks fuller, it is best to combine several cuttings in one pot. 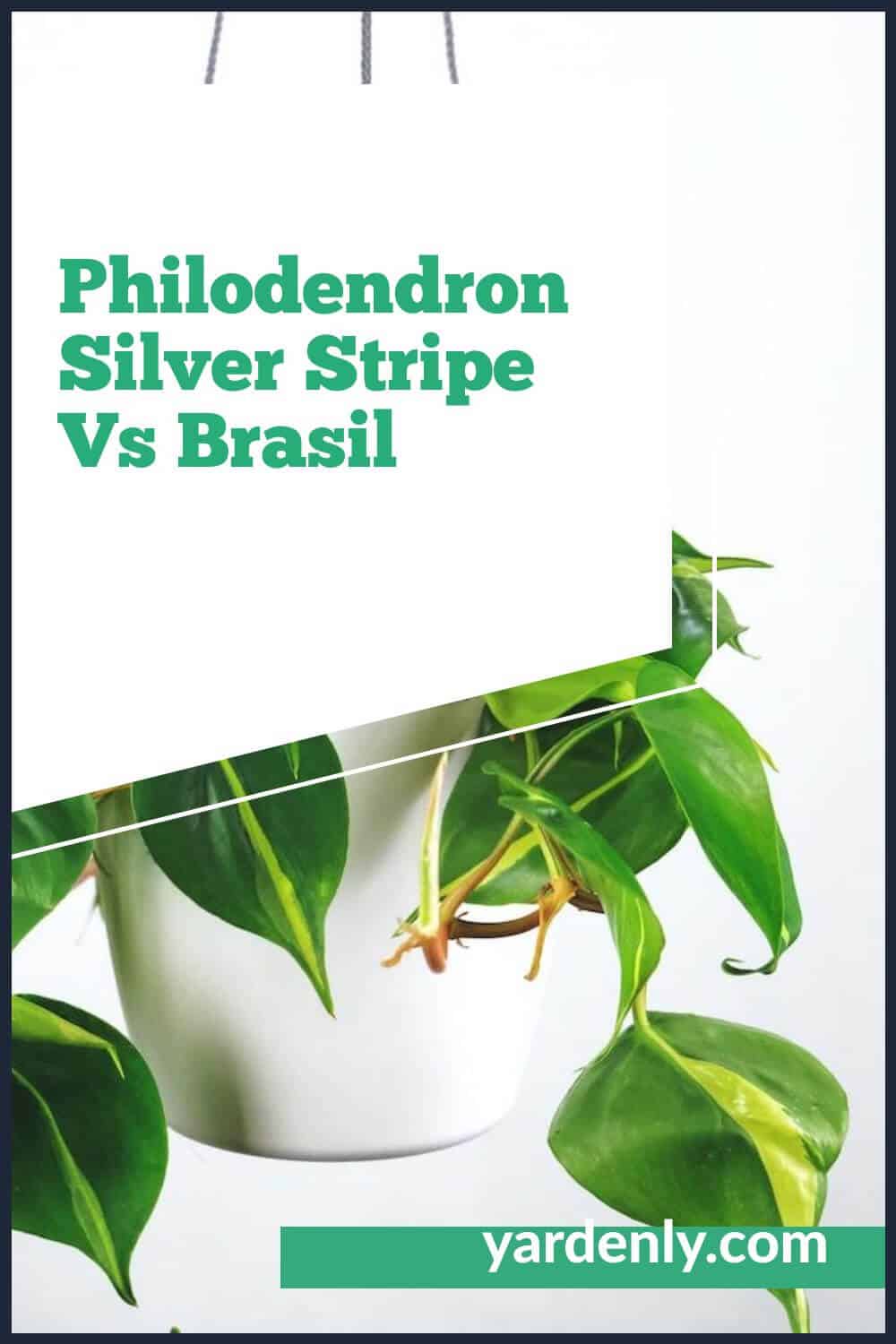