Will Winter Rye Reseed Itself

Many gardeners, or those planting a food plot, may wonder if it will be an annual event or will grass reseed itself. The type of grass has a bearing on this, as not all grass varieties are suitable as crops. Winter rye is a hardy annual plant producing many seed heads and can reseed itself when the conditions are suitable. Winter ryegrass, also known as “ryegrass,” is an annual grass most used in farming.

One thing to remember is the winter rye’s tendency to reseed isn’t always a good thing; there are times you want the answer to “can grass reseed itself” to be a yes, and also times you want it to be a no. So, typically, you’ll want to know, will winter rye reseed on its own?

If given a chance, some cultivated varieties reseed in succeeding years, while others won’t since a small percentage of the viable seeds germinate and grow. In our guide, you can learn more about what goes into this grass type, so if you want to grow it as cover crops or, for another reason, you’ll see how the rye seed head functions. By the end, you’ll know more about the grass and how to use it or stop it, depending on the path you wish to take. (Learn How Long Can Bonsai Go Without Water) 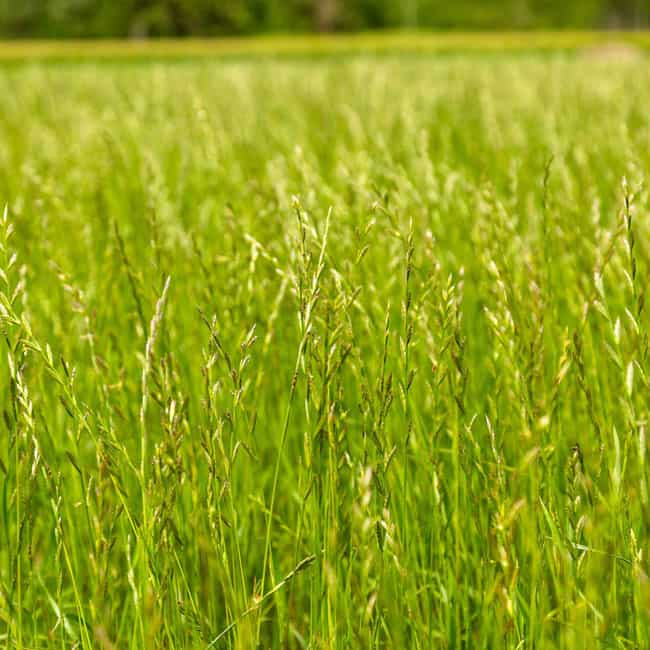 Will Annual Ryegrass Reseed Itself?

Winter rye can occasionally self-seed, but the conditions are frequently too warm in the spring when there are seed heads and not enough moisture to help them germinate. For winter ryegrass to germinate, it needs chilly nights and plenty of daylight. Therefore, some seeds will lay dormant until the fall planted, at which point they will germinate and grow again.

Your winter rye’s reseeding behavior can also be influenced by care during the growing season. While rye that receives regular water is unlikely to self-seed, exceptionally dry summer will encourage more seed heads and occasionally cause the plants to produce fully mature seeds.

Lolium multiflorum, or “annual ryegrass,” is an annual plant, just like winter rye grass, and overseeding your lawn with annual ryegrass is a common garden practice.

Lolium perenne is the name of a perennial variety of ryegrass. Its seed is frequently included in grass seed mixes you can purchase from hardware stores for people who want to start a new lawn and is primarily used as lawn grass. (Read When Is It Too Cold To Water Grass)

Best Use of Winter Rye Grass

The best use of winter rye grass for backyard gardeners is as a cover crop. A cover crop is one in which you plan to cover a specific ground area, as its name implies.

It is comparable to a “ground cover,” but a cover crop is used in a horticultural setting instead of a landscaping setting.

Growing a cover crop has several advantages, including the following:

Winter rye is among the best plants for use as a cover crop, as it can grow in most regions across the USA, although there are other types. All cover crops suppress weeds, but winter rye’s allelopathic properties make this task easier.

Its seed germinates quickly and offers good coverage thanks to its robust root system. In contrast to many other cover crops, you can plant them later. 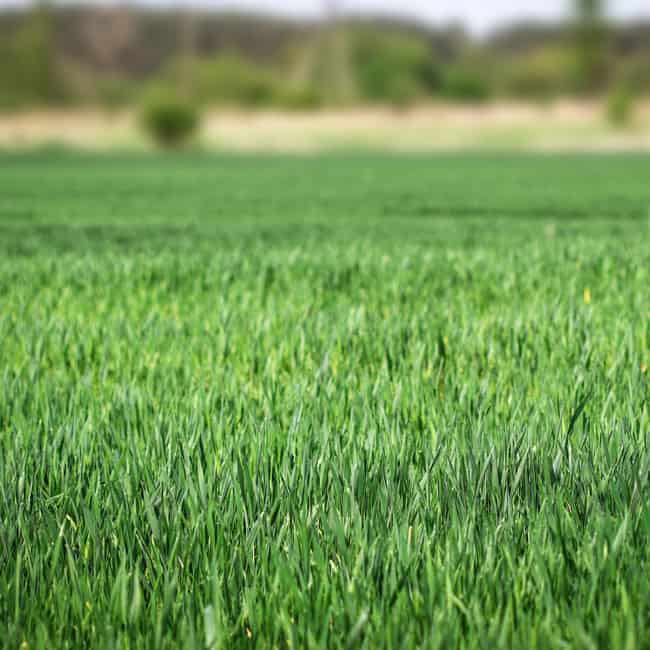 Get Results With Ryegrass Food plots

One of the most common questions from people planting food plots is what they can plant in poorer soils to attract deer. Most often, winter rye grain with some oats provides a variety of cereal grain forages for deer.

Winter rye is the hardiest of all cereal grains, thriving in soils where other deer food plot blends wouldn’t grow. It grows faster, requires little or no fertilizer, produces more dry matter per acre, and is the most winter-hardy cereal grains, allowing it to green up faster in the spring when fall is planted.

Winter rye grain is typically sown in the Midwest in September so that it has time to establish itself before the arrival of colder weather slows growth. Therefore, around the first of September, Labor Day is an excellent time to plant rye.

Some people plant winter rye too early in the summer. When planted early, winter rye gets ahead of the whitetails’ ability to keep it grazed down and gets too stemmy and tall, making it unattractive to the deer.

The goal for planting winter rye for deer food plots is a lush, thick green carpet of tender greens that is highly palatable to deer in the early fall and winter and lasts until late spring. Winter rye works well as a stand-alone crop for whitetail but shines when planted in the fall with a perennial legume such as white clover as a cover crop. (Learn How To Get Rid Of Goat Head Stickers In Your Yard)

Deer prefer winter rye so white clover can establish its root system before winter. Then, once soil temperatures warm up the following spring, white clover and winter rye are ahead of the game and will outcompete any grass or weeds.

When planted in the late summer, winter rye and white clover
thrive because the rye chokes out weeds and unwelcome grass.

Anyone who has planted a new clover plot in the spring can relate to the headaches caused when fast-growing cool season grasses compete with and often overtake a new clover seeding. Spring weed and grass control will be easier with fall-planted perennial clover and winter rye. 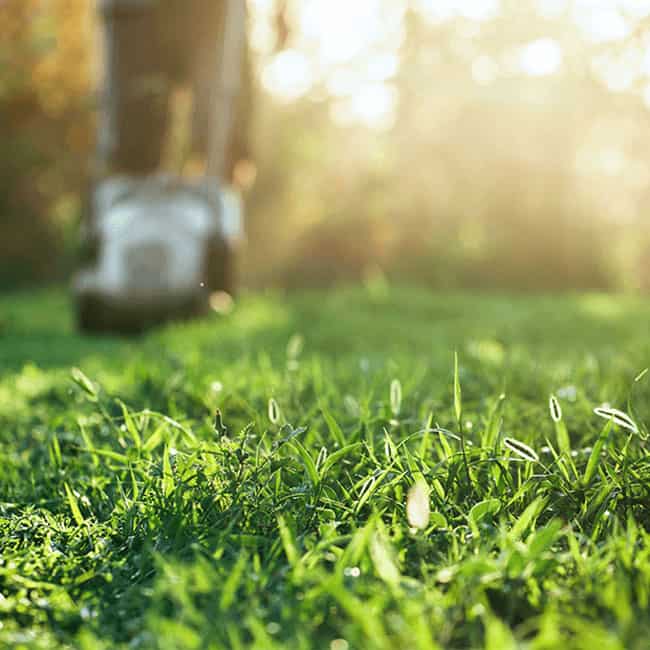 Can you mow annual ryegrass?

To keep its winter color, annual ryegrass needs weekly ground irrigation of up to 1 1/4 inches of water. In addition, the winter appearance of clump-forming annual ryegrass is maintained by mowing it at a mow height of 2 to 3 inches.

What is the difference between ryegrass and winter rye?

Compared to annual ryegrass, the seed is much larger and can be effectively broadcast.

Does rye grass come back?

How late can winter rye be planted?

Although 4.5 to 8.0 is tolerable, 5.0 to 7.0 is the ideal pH range for soil. Winter rye can be planted anywhere between late summer and late fall depending on how the next year’s crop will be used.

Will a wheat field reseed itself?

If you don’t harvest every grain head, wheat, rye, barley, and oats will reseed, according to experience with grains.

However, reseeding becomes problematic when there is a long period between harvesting the grain and planting new seeds for the crop the following year.

What To Do If You Want Winter Rye To Reseed Itself

If you want your rye to reseed itself in future years, allow some plants to mature and go to seed, so it scatters seeds. Mow the grass to remove seed stalks. Some winter ryegrass strains don’t reseed. Plant a good seed mix to improve reseeding success. (Read Can You Apply Pre Emergent In The Rain)

Some winter rye varieties can reseed. Whether the plant can go to seed or mowed after flowering is crucial. There are ways to encourage ryegrass self-seeding and ways to discourage it. In most climates, winter ryegrass survives the summer. 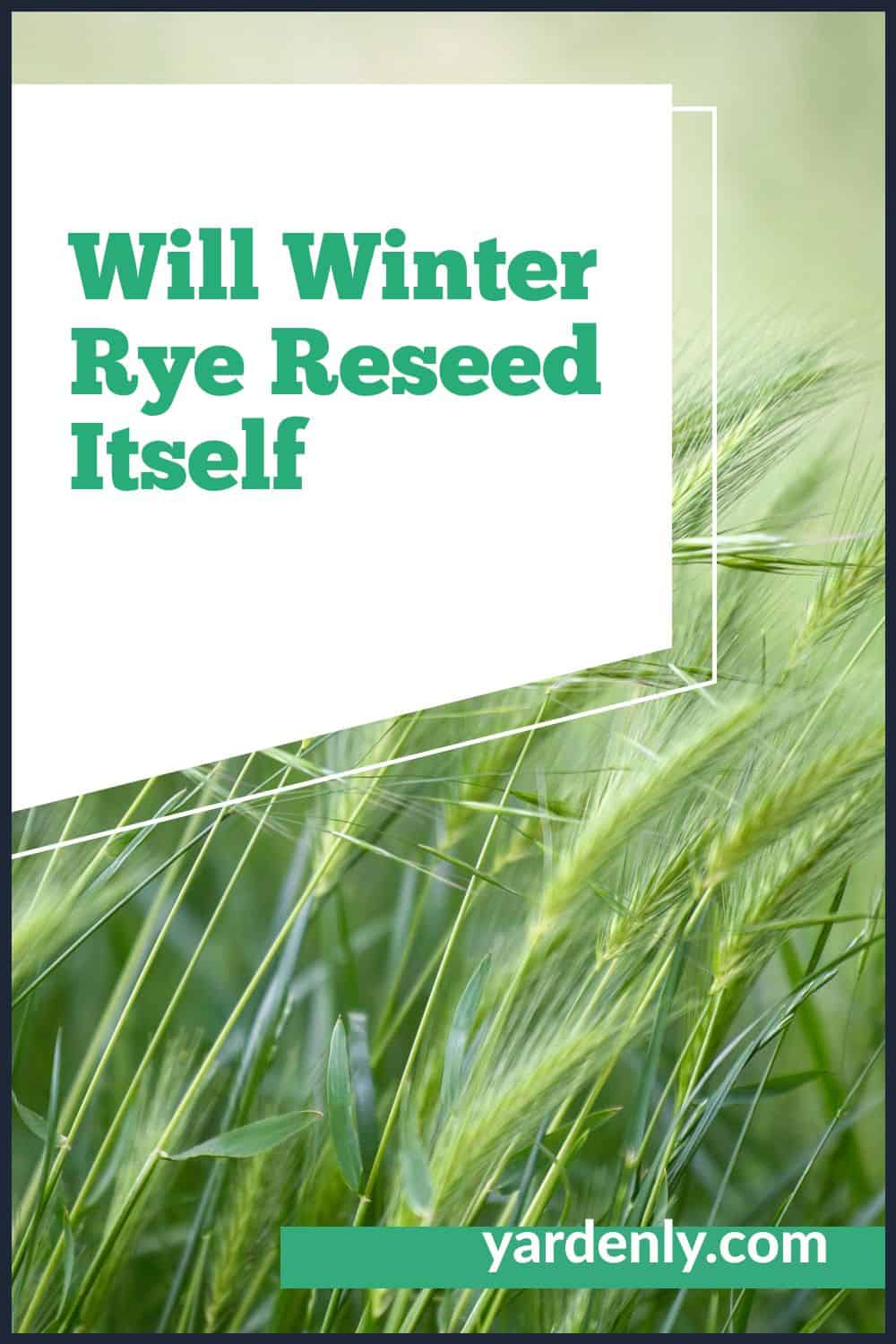