How Hot Does A Chimney Flue Get

A chimney flue usually has temperatures ranging from 302 to 482 degrees Fahrenheit. In some instances, it can get higher.

Chimneys serve an important purpose in cold climates and kitchens all over the world. They provide egress for smoke, gas, and other toxic wastes. But they do pose a hazard.

Double Wall chimney flue can withstand temperatures close to 2000 degrees. But only for a short time. 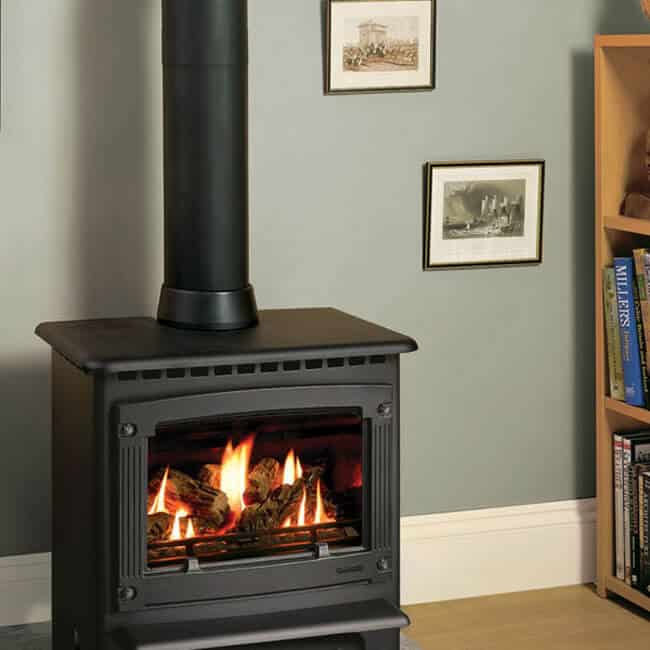 A single-wall stove pipe is made up of only one wall. This type produces more heat in the room. It’s also cheaper but takes up more space as well.

Double-wall wood stoves are better insulated, which makes the flue gases warmer faster. Creosote won’t be a problem as much. Also, they save space because their outer surface is way cooler.

A wood stove’s air supply is better when using the double wall. The draft is better because the air inside the flue gets warmer faster. (Read Can You Paint Foam Insulation)

At what Degrees Fahrenheit Do Those Pipes Get?

A human operating a stove or chimney will know when it’s hot enough not to add more fuel. Generally, nobody would test how hot can their chimney or flue burn.

With that out of the way, what’s important is what’s inside the pipes. Because a double wall pipe might handle a high chimney temperature, the contents, creosote, and the likes will not.

As an example, a class-A metal chimney is designed to withstand 1000 degrees easily. However, if your pipe has tar, then an explosion will happen.

What Happens When A chimney Flue is Raging Hot?

There could be a chimney fire going on. Your best action is to call 911 or the Fire Brigade.

What happens when a Flue Gets Too hot?

The metal might become damaged beyond repair. It weakens and becomes deformed.

Why does A Chimney Fire Start?

It’s hard to believe at first that house fires can start from having a low heat wood-burning stove. A house fire could be the result of a flue exploding. Inside the flue, when conditions are wrong, creosote will condense.

Specifically, if a flue is cooler than 250 degrees Fahrenheit, creosote inside will gather. And having enough creosote is like having a bomb in your chimney pipe.

How Does Creosote Build Up?

It emits wood particles, carbon dioxide, water vapors, and other chemical results when wood burns. These products go up the flue as smoke rises. They won’t condense in a flue warmer than 250 degrees Fahrenheit.

At first, creosote build-up requires easy cleaning. They are flakes adhering to the surface of the flue. As it stays and accumulates, it turns into something resembling glass.

It gets harder to remove, and pros would have to use a power tool. Lastly, creosote turns into tar. It is at this late stage where it poses the most significant hazard.

A wood-burning stove that uses unseasoned wood is at greater risk of having a flue fire. Because newly cut wood has a lot of moisture. This makes it produce more smoke.

Another thing is burning artificial wood. Never use them as the waste they produce is creosote-forming.

You want your stove pipe or wood stove to be having more fire with less smoke. This means proper spacing and enough supply of oxygen. Before lighting a fire, open up your damper in your stove pipe.

Not warming a cold flute and then burning wood straight off the bat is bad. Cool flue temperature leads to condensation, which leads to creosote. 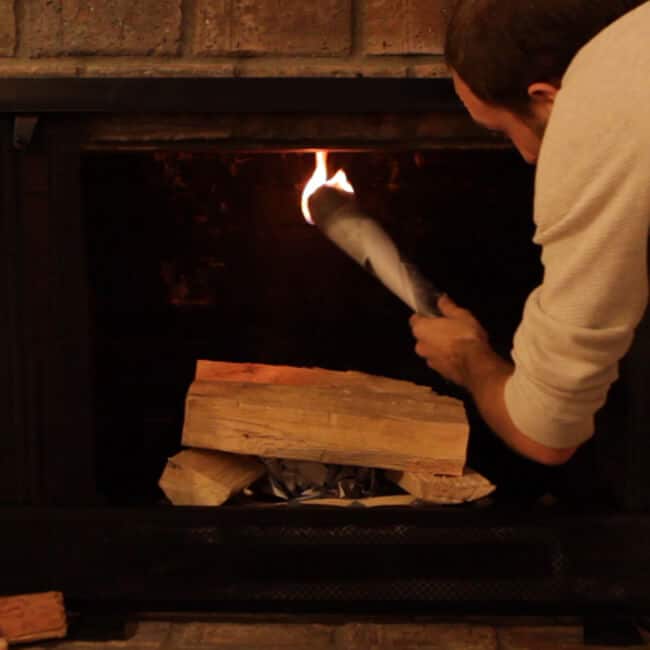 How to Warm Up A Chimney?

The quickest and most straightforward way to warm a chimney is to burn newspaper. Let the smoke rise above your chimney. And by this point, your flue is warmed up.

Continue to burn more paper until there is smoke rising from the chimney.

How do you determine creosote build-up?

Tap the pipe with a piece of metal like an Allen wrench, and the sound you get will be crisp. Creosote build-up causes the pipes to be heavier. This interferes with the sound you make when you tap.

It will create a dull sound if the flue is dirty.

Other things to look out for are ‘fire’ smell and fires getting harder to get started. This is because the draft is not good as it should be. The smell could also come from the creosote build-up in the chimney pipe.

How To Measure Chimney Temperature?

First off, getting an accurate reading on the stove and the flue is important. Comparing both temperatures will give you a better judgment. A flue temperature that’s too high means a waste of heat. (Learn How Soon Can You Grout After Laying Tile)

While a low reading is a candidate for gathering creosote.

Probe readings are 1.5 to 2 times higher than surface reading. That said, for a double-wall flue, get a magnetic thermometer. Bore a hole in the middle just enough to use the thermometer.

How Does A Chimney or Wood Stove Work?

Wood burning in a wood stove produces smoke as well as a bunch of other byproducts. Fire is a chemical reaction that involves the radiation of heat. The heat warms up the air and your room.

Warm air rises (from the fire), and cool air(oxygen-rich) sustains the fire. There is a pressure difference between the flue and the room. The room gets colder air from the outside, and it goes into the stove or chimney. 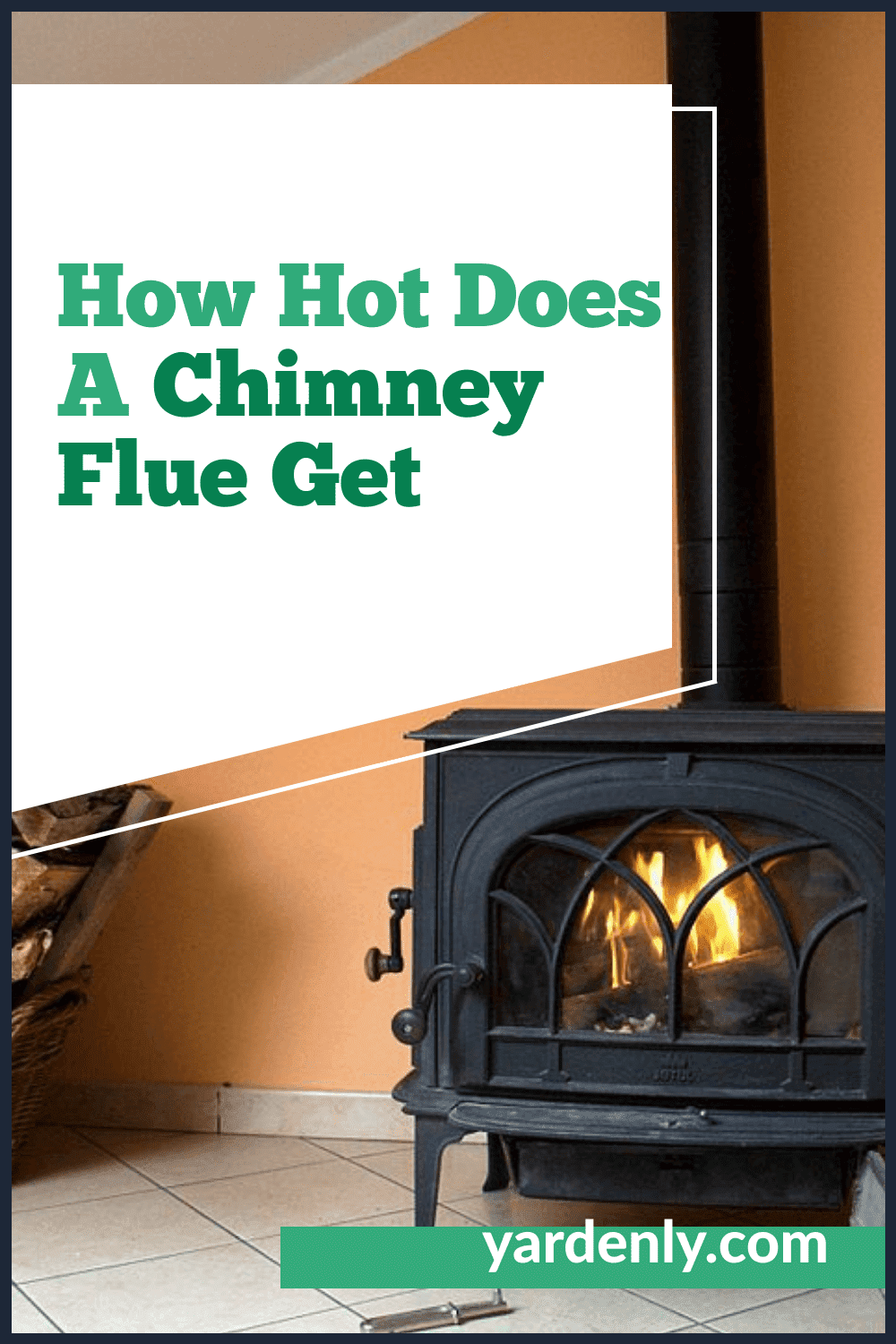