How To Level A Ceiling With Furring Strips

Cracked and wavy ceilings are typical in older homes, especially ones built using plaster. To cover up such things, drywall is often used; however, if you put drywall on a wavy ceiling, you’ll still have dips and bulges.

Furring strips are used as a remedy to this problem. First, however, you need to know how to install these to get around the highest peaks on your ceiling. In addition, such a technique is used for creating a space you fill with insulation. Carrying out this task isn’t as complicated as you imagine, and the most challenging part is to find the lowest spot on a ceiling and then fit your furring strips.

In our guide, you can learn more about installing furring strips on ceiling for drywall. You’ll see these uneven ceiling solutions can make all the difference to your home. By the end, you’ll find when you attach furring strips to your existing ceiling, your home will be transformed. (Learn How To Hide Drywall Seams In Ceiling)

How Do You Level An Uneven Ceiling?

Here are the main steps you need to level a wavy ceiling. Drywall is heavy, so you’ll need some help lifting it as you fasten it to your furring strips. 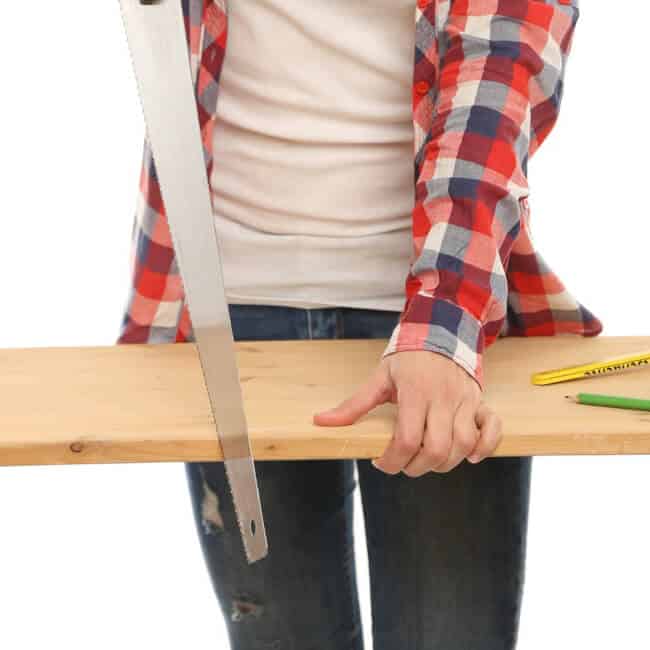 Mark Strips To Be Installed 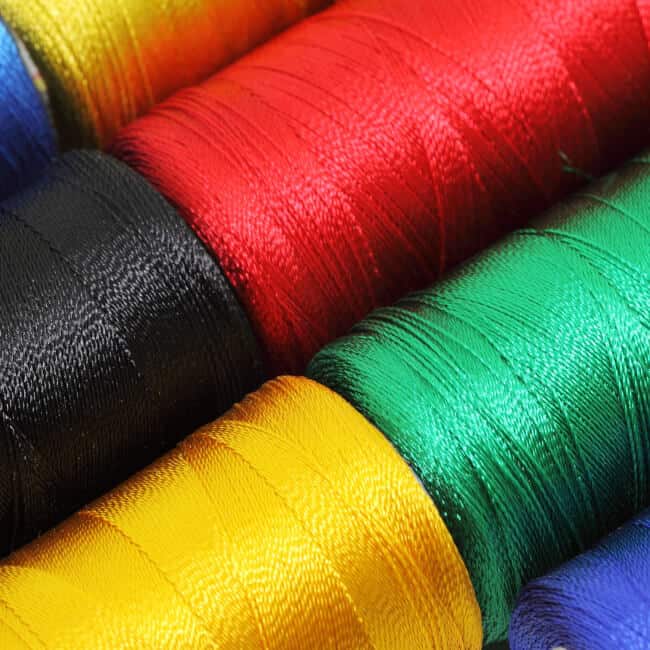 At the low spot, screw a furring strip flush against the ceiling and shim its ends to level it. You now have a flat surface around the room. Remove the temporary strips from the room’s ends. (Learn How Much Weight Can A Ceiling Fan Hold)

Increase the number of strips installed 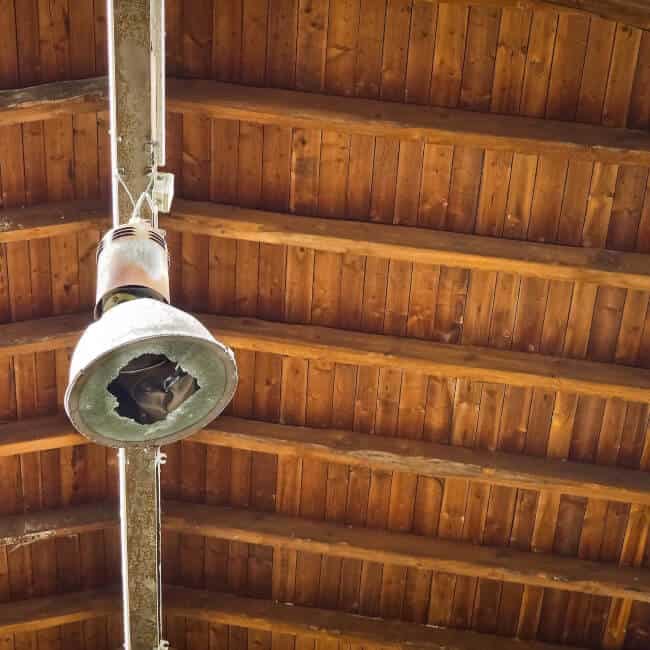 Can Furring Strips Be Used In A Ceiling?

You won’t need to use furring strips when hanging drywall on new ceiling joists.

You’ll use drywall screws to attach standard drywall panels to the joists. Most often, these will all come out at the same level.

You will attach furring strips to deliver a sturdy basis if the old plaster ceiling is ancient and you don’t want to remove the existing ceiling finish.

However, you should know that you will lose some ceiling height if you use them.

Reasons For Furring A Ceiling

Although ceiling joists are usually sufficient for drywall installation, there are a few situations where furring is beneficial.

Furring is required before drywall can be installed on open ceiling joists with a wire linked to the bottom of the joists, which is common in basements. (Learn How Many Led Lights Can I Put On One Circuit)

Furring a ceiling entails installing strips as a stable foundation for the drywall.

Furring strips are available in bundles of 8 feet long and 1 to 3 inches broad, but you can also fur out a ceiling with lumber of other lengths.

Fasten the strips through the existing ceiling and into the joists with a screw gun and framing screws.

If you’re installing the strips to accommodate wiring or plumbing elements that reach below the original ceiling joists, ensure the furring strips don’t rub against the wires or pipes.

Measuring from the end of a joist to the wires that cross it is the simplest method.

Cut and install a half-inch shorter furring strip than the measurement. Then, carry out the same procedure on the other side; if you install your drywall panels and spot little gaps in the strips, it won’t matter.

Use drywall screws an inch longer than the thickness of the panels since the strips act as a frame to hold the panels in place.

Use 1.5-inch screws to attach the drywall panels to the furring strips.

How Do You Level A Ceiling For Framing?

You may find lots of info on using laser levels, metal channels, sistering joists, and more.

You’ll need to screw drywall directly to the joists without using furring strips, shimming where needed.

Here are the overview steps on how to level your ceiling for framing.

Use Your Stud finder

Using a stud finder, locate wall studs around the room’s perimeter. Mark the location of each stud.

How Do You Level Ceiling Joists?

In antique houses, an old ceiling is never flat or level. The stated leveling procedure produces a flawlessly flat ceiling but does nothing to enhance the existing ceiling framework.

A different technique is required when a ceiling is sagging due to serious structural issues such as decay, poorly notched beams, or a sinking foundation. (Learn How To Redirect Airflow From Window AC)

Sistering steel studs to the ceiling joists can correct even the most crooked ceiling.

Setting up a laser level as a reference line is the first stage in the process. Next, measure down to the laser beam several times to get the ceiling’s low point (new ceiling height).

Drive your nails at your new ceiling height in the corners and measure up from the laser line.

The nails will hold two string line. Stretch the strings perpendicular to the joists as tightly as possible. These ropes guide the steel-stud installation. 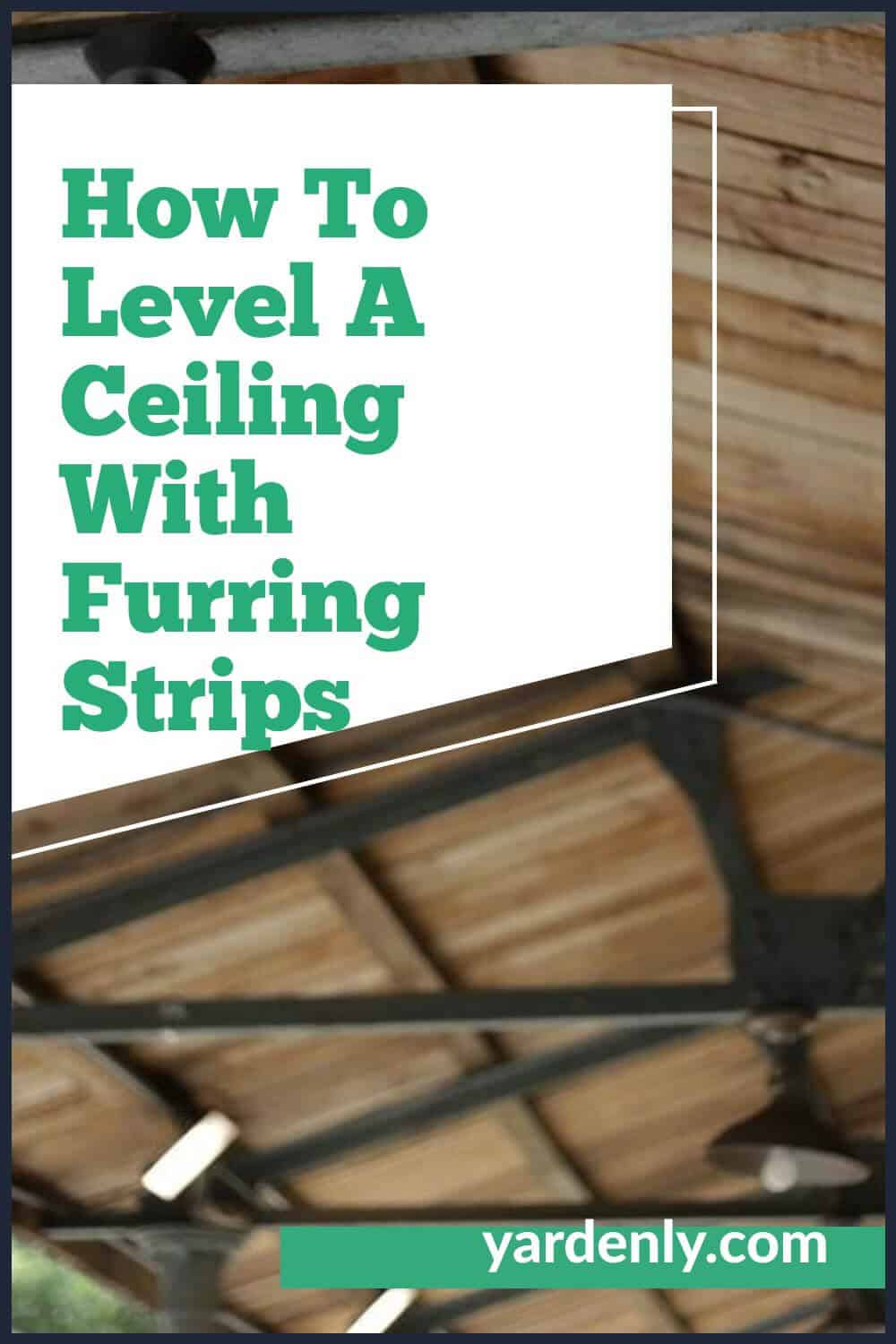