How To Remove Cast Iron Pipe From Hub

For homeowners, old cast iron pipes might be scary. However, most people disregard them because they were trouble-free for such a long time. But you risk doing so because a cast-iron pipe can fracture and leak. When this happens, the cast-iron joint and weakened lead solder are frequently the leak sources.

Most cast-iron pipes are joined at bell-shaped hub-and-spigot joint, which are sealed with molten lead seal and a substance resembling rope called oakum.

In our guide, you can learn how to remove cast iron drain pipe from cast iron hub and spigot; cast iron hub connection can be tough, but with any pressure, and cast iron hubs and lead joint can break unpredictably. By the end, you’ll see the right ways to go about removing old pipe from a hub using various methods. (Learn How To Trim Laminate Countertop End Cap Without A Router) 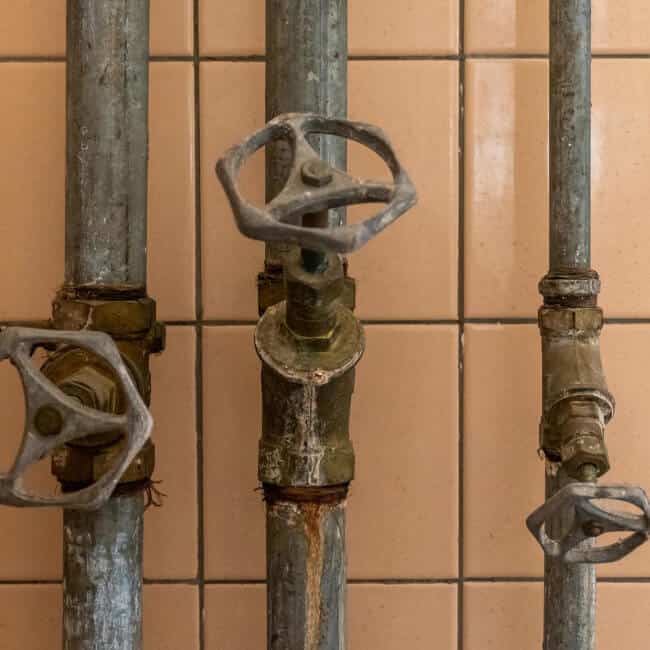 How To Disconnect Cast Iron Joints

It is possible to remove the lead and oakum. After you have gotten all the lead out and cleaned up the hub, you can place a donut (also known as a compression joint seal) in the hub of the cast iron pipe to adapt it to PVC, such as a Fernco coupling.

It is worth noting that donuts are only usable on non-pressurized pipes, such as waste/drain lines. The recommendation is to cut the pipe somewhere other than at the lead & oakum joint and then use a Flexible Coupling to join it to your PVC Fernco coupler etc., for most applications.

In minutes, you could heat and melt the lead inside and burn the oakum from your drain pipes. Such a process is challenging to complete at home and for the average handyman who lacks easy access to tools and a workspace.

Here’s how to replace the cast iron fittings for plastic ones in sewer or pipe systems. 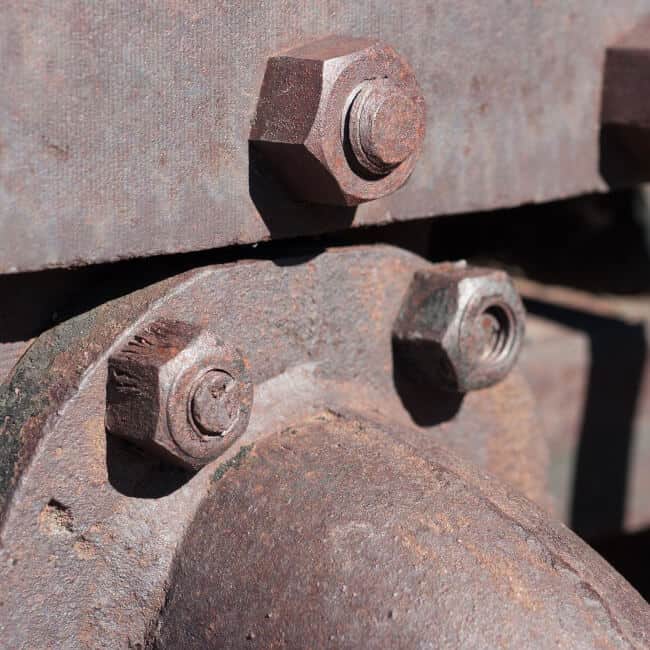 How To Take Apart Cast-Iron Pipes From Fittings?

How to fix a cast iron pipe joint without calling a plumber is the most typical question. Plumbers take the actions of removing one pipe while you, as a DIY plumber, safely support the other connected pipe. (Read Door Sticking After Painting)

Note: Cast-iron pipes with fittings and other material will have to be disposed of. Therefore understanding how to remove cast iron pipe securely is essential. By disassembling the pipes and dividing them into manageable portions, you can save money on transportation and what you would have spent on a plumber.

One way you could do it is to hit the pipes with a hammer until they are in small pieces and chuck them in old buckets to transport them. Cast-iron snap cutters and a few hand tools are needed for the procedure.

Remember that a reciprocating saw is ideal for cutting underground cast-iron pipes.

Also, it is worth noting that you may need to replace the broken cast-iron pipe and remove it before replacing it with a new PVC pipe.

It would help if you had all your parts in advance for a cast-iron repair like this since you can’t cut cast-iron pipe and leave it open in the ground while you head to the hardware shop. (Learn How To Remove Glue From Engineered Hardwood Flooring) 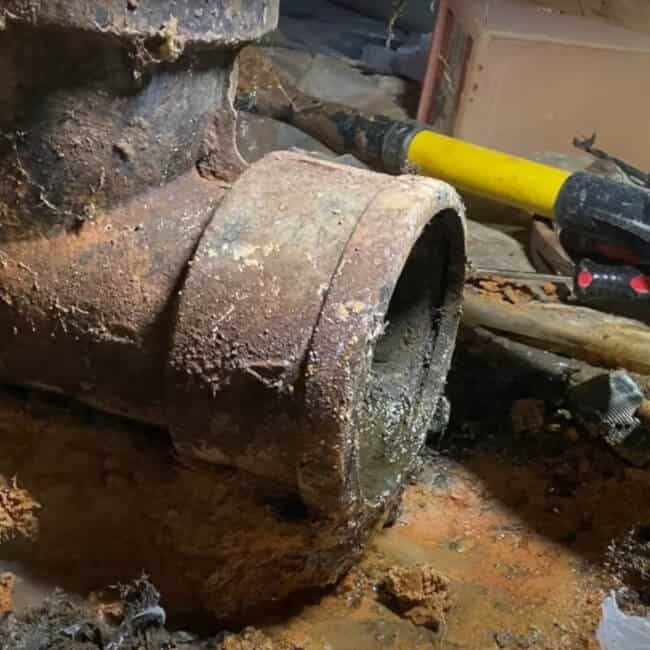 How To Remove Cast-Iron Fittings With a Lead Joint?

A soft material is coated in tar called oakum; an old plumber used to seal the joint. Oakum seals the joint, and each slight gap between the fittings when damp to the utmost extent.

Plumbers are used to seal this inside by heating and melting lead with a flame torch and dripping this in the final gap to stop leaks and offer support. In many home renovation and retrofit projects, contractors are replacing outdated cast-iron pipes and vent risers with ABS plastic pipes.

However, to do this yourself, you may not be able to get sufficient heat or have good enough access to use a flame torch to melt the lead. Besides this, even if you could, the lead is inside a hole, and you would struggle to remove it.

The procedure to remove cast-iron plumbing is provided here.

Now you can fit your donut inside the hub; just check the fit and alignment before following these few steps: 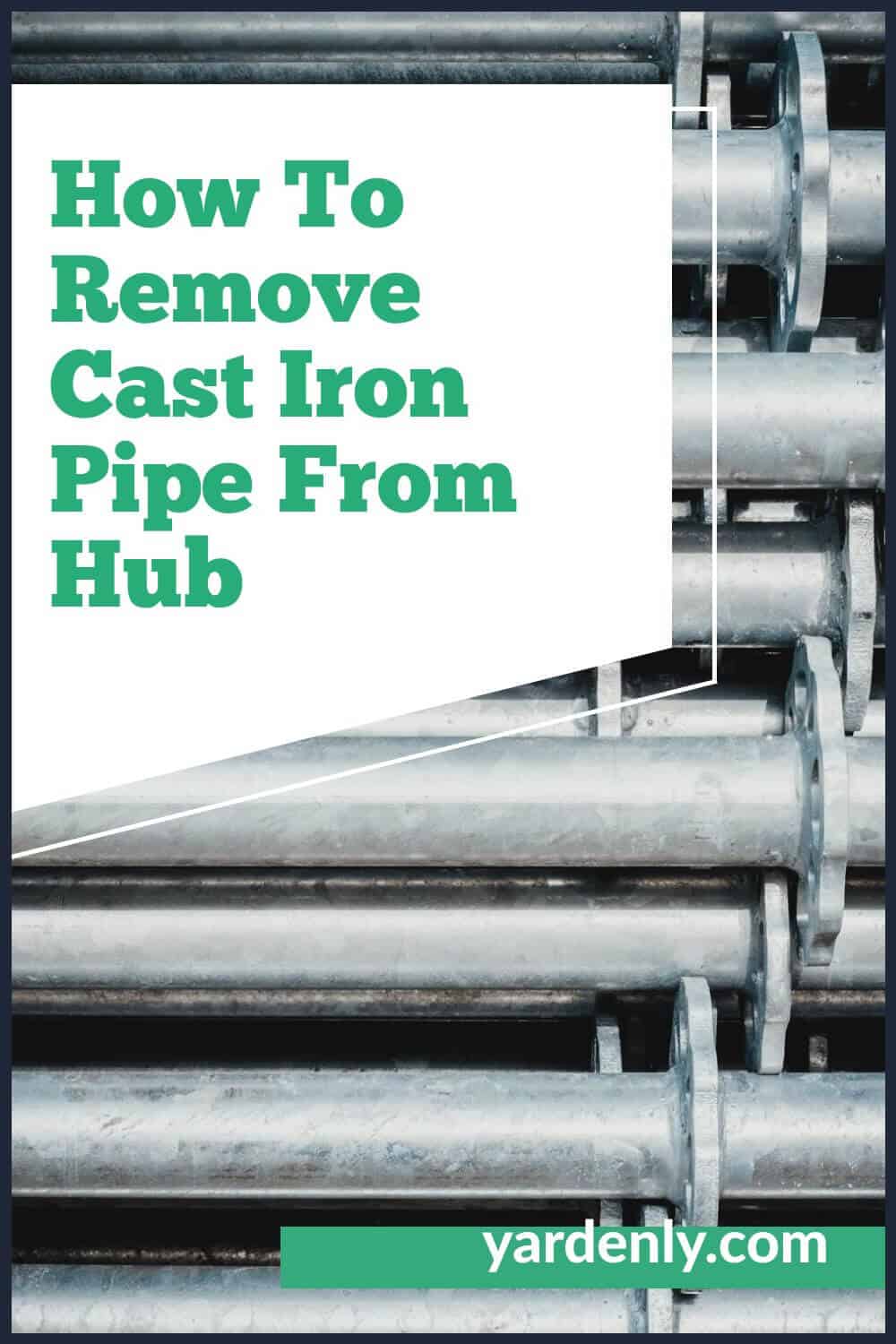