Is It Trespassing To Enter A Gated Community

Some people prefer to live in a gated private community because they value their privacy so highly, and it is a gated community that offers this to those who do. You might wonder if it’s against the law to walk into a gated community to look around and possibly get some friendly expert advice from the security guards you may see.

If a resident notices an unfamiliar person entering their neighborhood, they may file a complaint. In our guide, you can learn more about the limitations of gated communities; you’ll find the complete answer to are streets in gated communities, private property, and more. 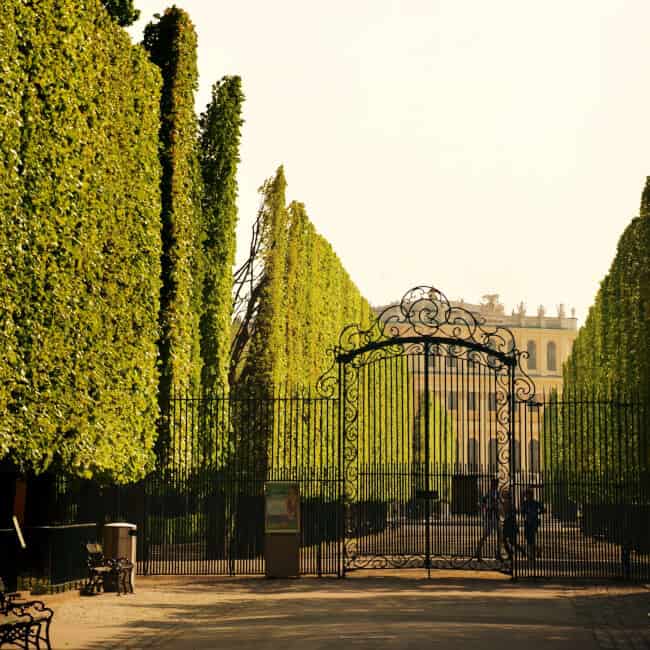 By the end, like most people, you’ll see why you need to stay clear and not stroll into an accident and end up needing an attorney. (Learn How To Tell If Rosemary Is Bad)

What Is A Gated Community?

Before talking about gated community laws, a better understanding of what a gated community is required as things can get complicated for those on the outside. A gated community is a residential area surrounded by fences or gates. These barriers monitor people entering and leaving the community site; the entire area is considered private property.

That this neighborhood has gates means that only residents and their guests are permitted inside, and anyone on foot, jogging, or on a bike shouldn’t enter unless they know someone who lives there or has permission to enter.

This exclusive feature makes a gated community more expensive than other neighborhoods. These communities have their own set of rules and regulations, and amenities are not cheap. There is a homeowner’s association (HOA), and the residents require fees.

Although these HOA fees are not cheap either, they are justified by the overall aesthetics of the neighborhood, the useful amenities, and the additional security measures.

Can I Go Into A Gated Community?

Some homeowners and potential homebuyers make the privacy and exclusivity of a gated community attractive features. However, those features make it less than ideal for the public. Gated communities don’t simply let people enter, and although guests may be permitted entry, they may only be permitted to stay for a limited period, depending on the HOA rules.

If you have visitors, you must first approve their stay and include their names on a list to which the security guard can provide them access. In addition, you might need to let the security guard know if you need to invite someone to carry out repairs or other services for access.

To cap this, you could wonder how emergency services deal with such situations. If they had access keys and codes, it would make it easier for emergency service personnel to enter as they intended.

Even though gated communities have a reputation for having high security, crime can still occur there. It could leave you wondering, can police enter gated property without asking? Police cops and other emergency personnel will still be able to perform their duties and enter the community because the management will provide access codes.

For instance, everyone knows driving while intoxicated is a severe offense in the United States. Yet, regardless of the trouble they have caused, the police are always prepared to pursue offenders, capture them, and file charges against them.

On public roads, that is how the traffic police conduct themselves. What about those that are privately owned? Traffic officers cannot enforce a traffic violation on gated communities’ private streets without the owner’s permission.

Therefore, it is up to the landowners in gated communities to use legal means to permit the police to punish people who break traffic laws inside their communities.

All roads in the United States, whether public or private, must adhere to a standard set of regulations established by the state. So, if a person is operating a vehicle while impaired by alcohol or drugs, the police can start an investigation and punish traffic violators.

So, how do police get into gated communities if they are locked? During emergencies, both the police and the firefighters can enter. However, when waiting would mean the difference between life and death, it would not be ideal.

Keys to the gated communities they serve are occasionally given to firefighters or the police. Most establishments also provide access code lockboxes or special keys that law enforcement or emergency personnel can use to enter the neighborhood.

What if, in an emergency, all attempts to gain access to a gated community fail? In that case, the police or firefighters might resort to using force. (Learn How To Shut Down Your Neighbors Airbnb) 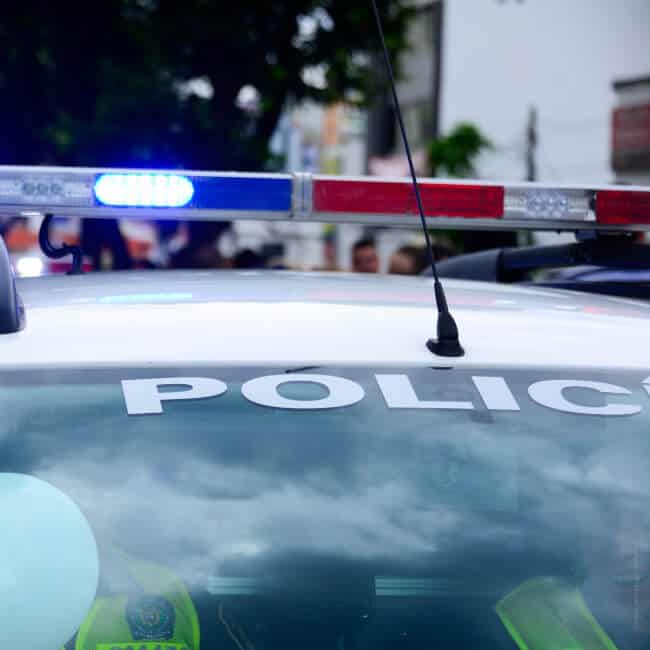 Is It Illegal To Enter A Gated Community?

Gated communities residents are acquainted with one another, so when they see new faces or a person who is meandering around the streets, they may phone security.

Trespassing charges might be brought against you if you intended to stay inside a gated community without any homeowner’s permission. As previously mentioned, trespassing occurs when someone enters a place on purpose and stays after being asked to leave.

Gated communities are private neighborhoods with exclusive roads and streets, so the same rule applies to them.

Who Owns The Community Streets?

Public funds are used to maintain and repair public streets. A gated community’s streets are private.

The city government doesn’t get involved in gated community streets, and the residents in the community or private neighborhood are responsible for paying to maintain and repair anything inside the gate area.

Gated communities have privacy because they have private roads, although a community can’t close public roads or block a pedestrian’s access to such a road.

Private roads are required for a gated community. The city sells the road or street in response to a petition from the HOA, property owners, or residents. Since the gated community’s roads and streets are now private, city traffic laws do not apply.

Can You Enter A Gated Community Legally?

To avoid embarrassment or trespassing fines, enter a gated community legally. Only by entering a code or being a homeowner’s guest is it legal to gain entry. Security guards must check a guest list, so they’ll know you’re expected. You can enter and exit the community without permission if you’re on the list.

Most emergency responders have access codes to enter and exit the community. Other than these, entering a gated community is complicated.

Private roads, so skip the shortcut and take the longer route to your destination, as cutting through isn’t legal and could have the owner’s phone security on the gate. (Learn How To Stop Neighbors From Using Your Garbage Can)

An alternative name for a gated community is the walled community. It describes a housing development or residential community where various people live.

Gated communities have various features, one of which is controlled entry. For security reasons, they are entirely fenced, and most have gates. Automobiles, motorcycles, and bicycles cannot simply enter through a gated community gate.

The gated community could be held accountable for any injuries or damages if they neglect to make the required repairs to their property.

For instance, if the gate malfunctions, a burglar could enter the community and harm a local resident. If the gated community fails to make repairs, it can be liable for negligence. 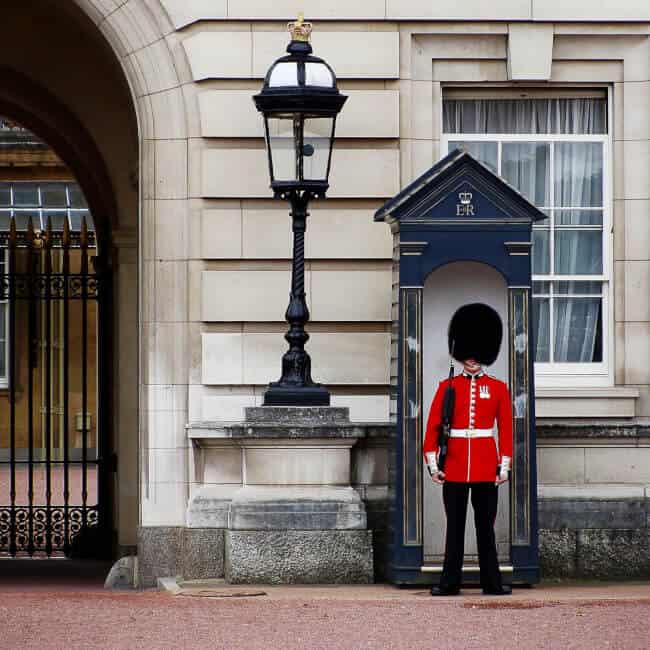 It is reasonable for the residents to expect that the gate guard, roaming guard, and the secured gate will all be kept in good working order if the community is gated.

Anyone employed by the community must be suitably qualified and provide sufficient security. The gated community may be held accountable for any damages that result from hiring individuals who are not sufficiently qualified if they do so negligently.

The gate access essentially regulates the gated community’s security as well. In some neighborhoods, access is granted by security guards, while in others, it is granted by keypads or permits.

The community may be responsible for any injuries a person causes if it fails to properly control access, such as by allowing someone through without adequately verifying their community first.

Suppose your gated community failed to alert you to known criminal activity in the area. In that case, they may also be held responsible for any damage or injuries you sustained at the hands of an intruder.

Your community is responsible for alerting you to any potential danger if your neighborhood or the nearby neighborhoods recently experienced any crime, such as a robbery, attempted break-in, or assault.

Conclusion: Is It Illegal To Pass Through A Gated Community?

In conclusion, gated communities are exclusive residential areas with exclusive streets and roads that the homeowner’s association owns. They give homeowners who prefer to remain quiet and have security and privacy.

However, it is against the law for any non-resident to enter a gated community or private residential area intending to use it as a shortcut or otherwise alter your course. It’s also forbidden to bike and run inside.

Trespassing is likely to occur if you enter a gated community without permission. However, if you accidentally entered, you might get away with it. However, if you knew it was private property but still stayed there, that could make up a severe trespassing offense. (Learn How To Stop Neighbors Shooting Fireworks Over My House)

Homeowners can call the police on any outsider who enters their private neighborhood. 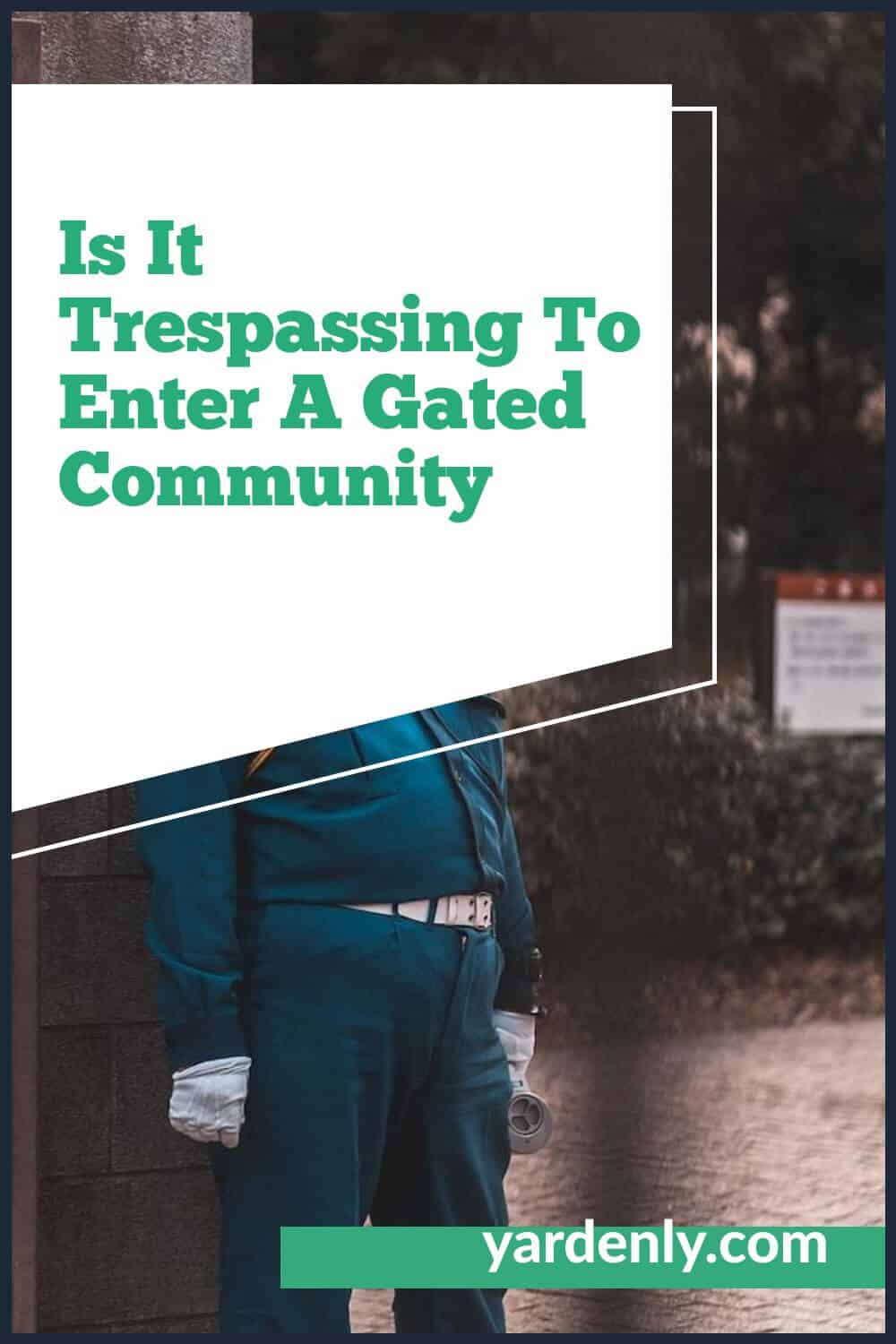