Why Does My Fan Speed Up And Slow Down

You might notice that your ceiling fan is behaving strangely and changing speeds without your input, which needs to be fixed! The ceiling fan can stop spinning and vary its speed for various causes, including electrical issues or a tripped circuit breaker. Internal flaws in your ceiling fan, such as an overheated motor, are possible.

The other two are electrical—either a faulty capacitor or a winding that has been destroyed. Since ceiling fans have relatively low torque, practically any issue could make them operate slowly. (Read Can I Use 10/3 Wire For A Stove) 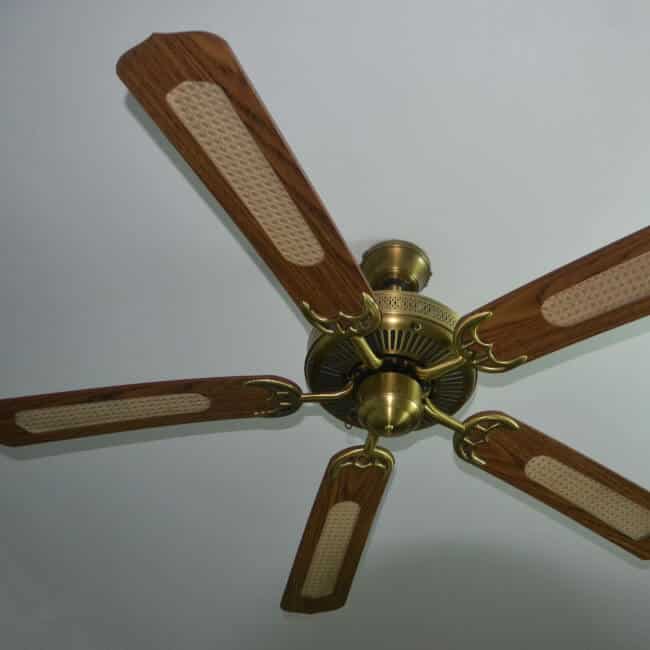 With the fan off, manually rotate the blade. A blade that is hard to turn suggests a worn bearing or lubrication problem.

If the blade spins freely, turn on the fan and listen as the blade speeds up to full speed.

Most fans aren’t compatible with solid-state speed controllers, so check. Grinding or screaming noises show bearing or bushing issues. Check the fan for wobble while operating to show inadequate balance.

Larger ceiling fans need oil to grease the bearing. Oil can be poured into the fan through a small hole in the motor housing when needed. Manufacturers mark the hole “add oil.”

Put plastic under the fan to avoid oil on furniture or carpet and use a stepladder to find the “add oil” hole.

Spray light oil into the hole and operate the fan for 20 minutes. Stop the fan current momentarily and fill the reservoir with ceiling fan oil.

Avoid leaks by wiping the fan housing. Some fans have sealed bearings that can’t be oiled. Check the handbook or manufacturer to see if your fan has an oil reservoir.

Unbalanced blades might wobble, and then the fan changes speed on its own. Measure each blade to the ceiling with the fan off to check balance. If the ceiling is level, each blade tip should be the same ceiling.

Over 1/4 inch discrepancy shows unbalanced blades. Tape a washer or penny to the ceiling-facing blade.

Clean the blade’s top and apply 3 inches of tape to secure the washer. Next, use washers to level the blades and the ceiling. If your ceiling slopes, use a building level to measure the blades.

Single-phase ceiling fans run on capacitors. Some fans have a start-stop capacitor while others don’t.

Others adjust the speed using several capacitors. First, turn off your fan’s breaker in the panel. Then, remove the capacitors from the fan’s lower cap using a stepladder.

Replace discolored or bloated capacitors that have cube or cylinder distortions. Screw terminals or wire nuts link capacitors to other wires. Disconnect the suspect capacitor and use the label to replace it.

Partially shorted windings could create a slow fan. When a start capacitor fails, the fan stalls, overheating the windings.

To verify winding failures, disassemble the fan. Look for discoloration or burn marks on the windings. Replace the motor and capacitors if heat discolors the copper.

Before searching for a bad capacitor, you need to know the type of capacitor and how to replace it if needed. (Learn How To Fix Low Spot In Concrete)

Unlike a start capacitor, which provides the additional torque required for some motors to start, the capacitor on an electric fan is referred to as a run capacitor.

The run capacitor stores charge and momentarily delays the current, giving the fan rotor time to turn and align itself with applying the induced magnetic force.

The fan slows down and stops when the capacitor burns out because the electric current voltage fluctuation flowing through the coil is too constant to generate torque.

If your ceiling fan starts playing games and the fan speeds up, or the fan slows, you may need to do some troubleshooting and get to the bottom of your issue. 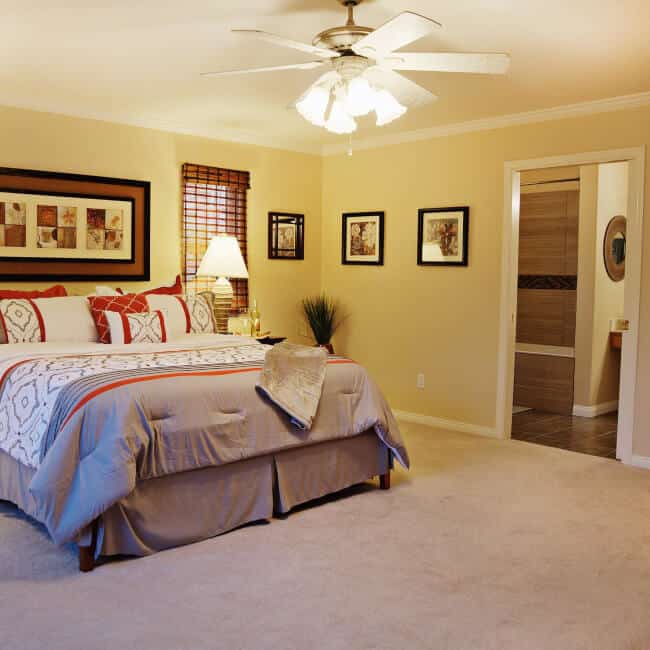 Why house fan speeds up and slows down?

A ceiling fan changes speed on its own when things start to go wrong. As a result, fans may speed up or slow down, moving on from the above. Here’s more of why and how to fix ceiling fan issues.

The capacitor supplies the proper amount of electricity when operating the motor.

A bad capacitor causes 90% of fan motor heat issues. When it malfunctions, the motor’s electricity isn’t delivered correctly, slowing down the fan.

If the capacitor is completely dead, replace it immediately. Depending on your ceiling, replacing a capacitator is more practical than buying a ceiling fan.

When the connected screws loosen, the ceiling fan slows down. Incorrectly installed ceiling fans have this problem. Listen for rattling blades in regular operation to spot issues. When installing a ceiling fan, tighten all screws. 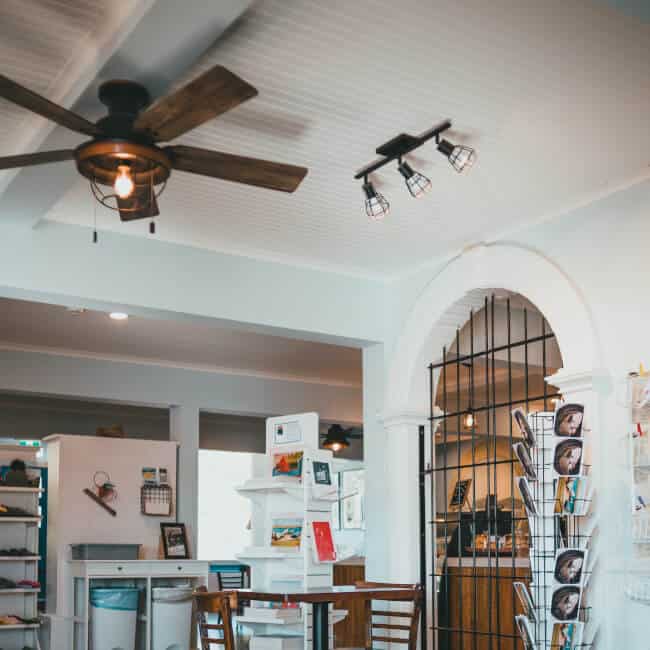 How To Make Ceiling Fan Faster?

Ceiling fans are great for indoor and outdoor spaces. It has multiple speed settings. It can slow down and reduce airflow, though. When you run your fan at full speed, you get less airflow in regular operation than when set at the highest speed.

Here’s how to fix a slow ceiling fan:

Dust is always in the air, indoors or out. Dust settles on the fan blades when it runs, and based on your location; blades might collect dust in weeks or months.

Dust and filth hinder the fan’s smooth operation and effectiveness, and increasing the fan’s motor load slow it down.

PC fans in your computer, especially the CPU fan, suffer the same issues and run slowly as they accumulate dust and get hot.

Unbalanced fan blades are similar. A dry fan in a humid environment can corrode, then run out of balance.

Finally, blades can run imbalanced when hit or are installed wrongly; again, this fan slows down.

When fan blades get dirty, clean them. This ensures smooth, balanced blades. Cobwebs and dust can slow ceiling fan speed.

Cleaning the blades is messy, so here are the easy ways to accomplish the task.

Take your step ladder and your pillowcase. Once up the ladder, slide your pillow case over the blade and wipe. Repeat the steps for all the blades.

Damaged blades can’t be balanced and must be replaced. Otherwise, use a ceiling fan balancing kit. The set includes weights to clip onto the blades. (Read How Long Does It Take For Thin Set To Dry)

When an imbalanced blade is found, its weight is fixed. The fan speed is average.

Most ceiling fans lack remote controls. However, you can purchase DIY controller kits. However, not every controller may be compatible with your fan.

The speed characteristic is constrained. The fan won’t run at all speeds. Sometimes you can only run it at two settings. As a result, the fan operates slower than it ought to most of the time. All you need to do is get the best controller for your fan. 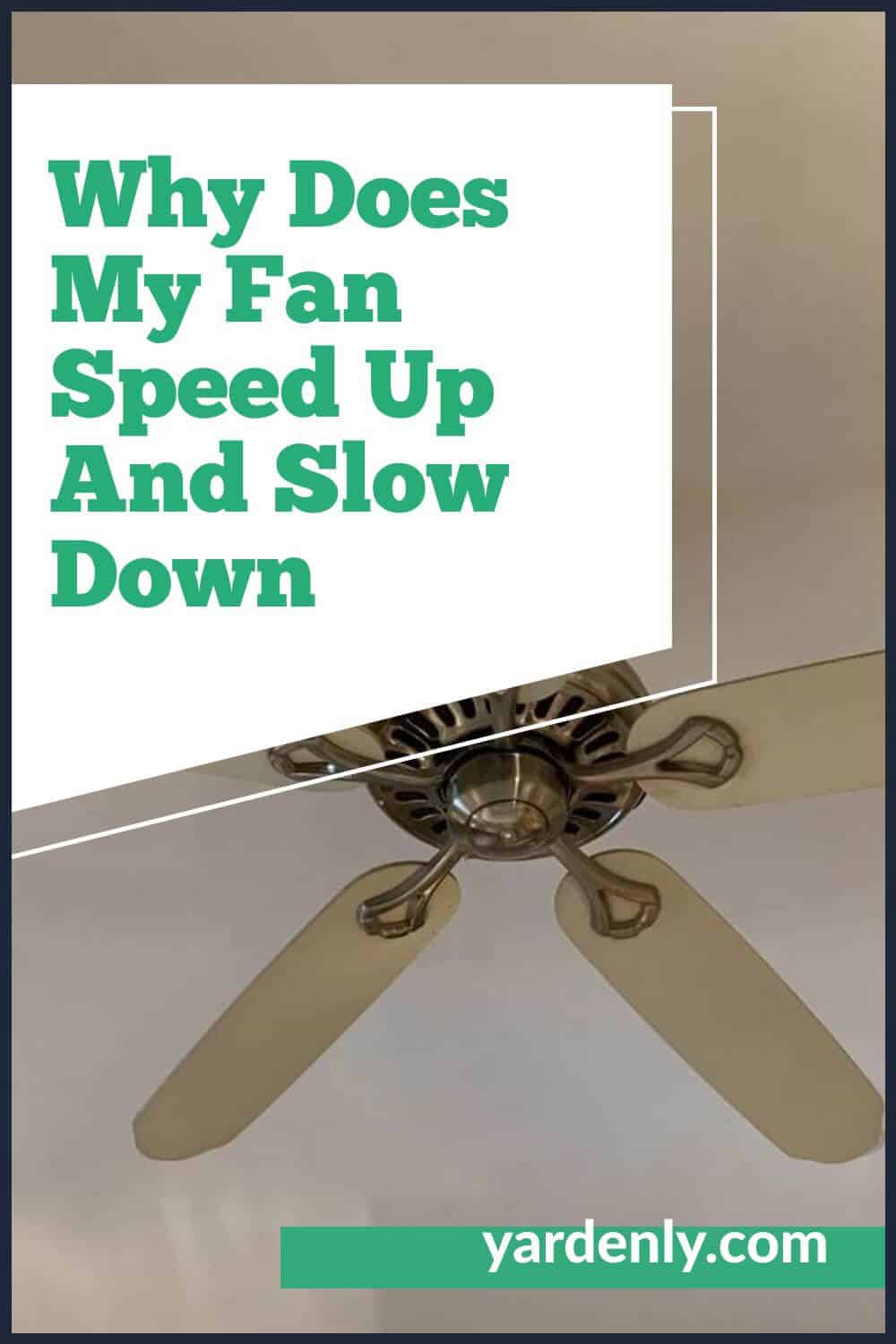