How To Remove Pine Needles From Mulch

Pine needles may be an annoyance in the garden, as they are plentiful under pine trees and difficult to remove. However, depending on where your trees are in the yard, you have a few cleanup alternatives.

Keep in mind that, while pine needles are a pain to pick up, they make excellent mulch, so you may not want to toss them all into the compost pile or yard garbage bin right once.

Should Pine Needles Be Removed From Your Garden?

The number of fallen pine needles and the plants you are cultivating will determine whether or not you remove them from your garden. It’s best to prune your pine trees if they’ve fallen an avalanche of needles on your plants.

Also, if the pine needles are strewn about among non-organic mulch (such as rocks) and detract from the appearance of your garden, you should attempt to remove them.

It’s probably best to let the pine needle disintegrate and feed the soil if you grow plants that prefer slightly acidic. Cucumbers, sweet peppers, cauliflower, pumpkins, and squash are all acid-loving plants. Consider planting some of these types in a vegetable garden where pine needles fall rather than fighting the annual needle drop. (Learn How To Kill Hackberry Trees) 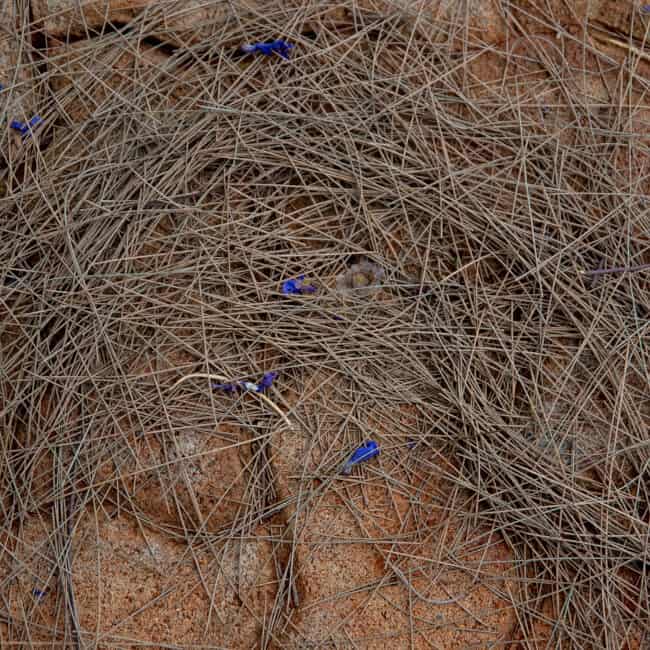 If you want to get rid of those annoying needles in your mulched garden, you’ll have to do it the right way. It’s critical to select a strategy for removing needles without removing mulch from your perennial bed. Here are the most effective strategy for dealing with pine-needle-infested mulch. 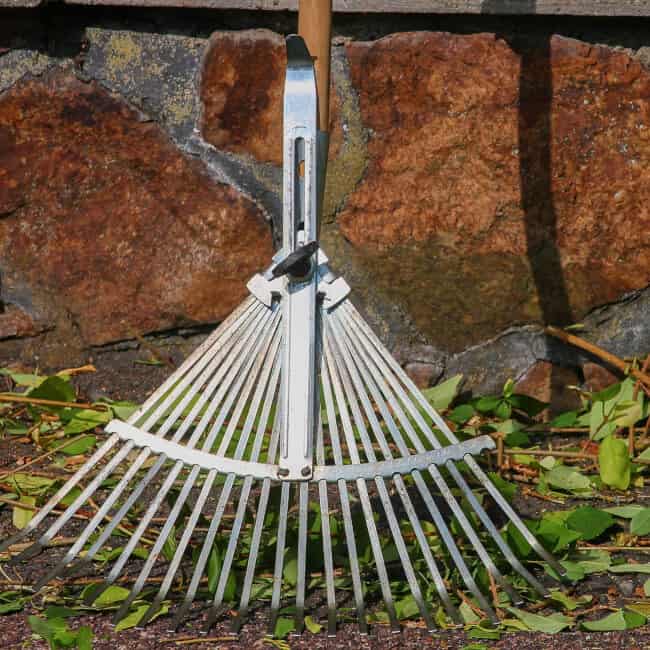 Instead of removing pine needles, raking pine needles with a regular leaf rake will wreak havoc in a mulched garden, disrupting your bark mulch, wood chips, rocks, or nut husks. Using an adjustable rake that allows you to precisely manage the space between the rake tines is your best chance.

This will enable you to choose a size that won’t grip mulch but will snag and draw pine needles out and will help you clean up pine needles. (Learn How Long Does It Take For Caulk To Dry)

It’s more difficult to clear up pine needles in garden beds or confined spaces. This endeavor may necessitate the purchase of a leaf blower if you don’t already have one. Another tip for pine needle removal is the use of a simple blower should suffice when it comes to removing pine straw.

You can even get a larger, more powerful one to use for other tasks. If you need to clear pine needles lodged between rocks with a leaf blower, make sure you choose a setting powerful enough to remove the needles without blowing the stones away in your rock garden.

3. Cleaning with a Pressure Washer

You can use pressure or a power washer to remove the pine needles from rocks, but be cautious. If there are any plants in the area, they may be destroyed.

Pressure washers should only be used for large boulders and on the lowest setting. Smaller rocks and other items you want to retain on the ground can be readily blown away by these washers.

For removing pine needles from mulch and grass, leaf blowers and pressure washers are ineffective, especially if the ground is wet. If there are clumps, you might be able to break them up using a decent rake or a small garden shovel.

Preventing pine needles from mingling with the mulched areas in the first place is a good strategy to keep them out of your mulch. In the early fall, cover your mulched flower beds with a layer of window screen or landscape fabric. Cut apertures for your plants and continue to care for them as usual—the water permeable material will allow them to thrive.

Keep the screens in place in your garden until the fall. Gather the screen and needles together in late fall or early winter. This procedure ensures that the mulched beds are clean and devoid of needles.

It’s critical to know when pine needles stop falling when employing the screen method. Although deciduous trees like evergreen trees live up to their name by keeping their leaves all year, they have yearly dropping needles. This usually takes place in September and lasts through November or December. (Learn How To Fix A Squeaky Refrigerator Door)

Crawling on your hands and knees holding duct tape to collect pine needles sounds like a chore and also a punishment. Indoors, wrap a wide amount of tape over your hand and pat the floor, allowing the adhesive to do the work for you and getting the pesky needles.

A rake head can be used in the same way. Wrap the end of the tape around it, adhesive side outward. To keep it together, you might need a few rubber bands.

Try using a paint roller if you want to get creative. Paint rollers are similar to huge, sticky lint rollers, which are also useful for removing stray needles. It will be easier on your back if you use a paint roller with a longer handle. Wrap the end of the tape like a broom handle, adhesive side out, and begin rolling.

Picking up pine needles in your uneven ground or more delicate locations will require small shovels and garden tools. Keep in mind that the pine needles will surely take up dirt, so keep that in mind.

Using this smaller equipment, while more time-consuming than using a large broom or vacuum, is fairly easy to remove pine needles from your beautiful yard without hurting your landscape, flowers, or summer vegetable.

When vacuuming outside, one thing to keep in mind is that if you plan to use your typical interior vacuum to clear up pine dried needles on a flat surface, you’ll have to be very careful.

If your vacuum picks up dirt like tiny rocks, sand, or stones, it could easily shatter because most vacuums aren’t meant for such heavy lifting.

However, if you’re using your inside vacuum outside, avoid running it over the pine needles. It doesn’t perform very well, and you risk causing extra harm to the vacuum. Using an attachment on the hose’s end is a better alternative.

Lawn care is important, but it also takes a huge effort to get rid of the pine needles of a pine tree, but it is possible. Depending on the size of your garden and the terrain you’re dealing with, raking, vacuuming, using a leaf blower, power washer, or even picking them up with tape, all of these ways work well.

Just keep in mind that some methods work better on pavement than on your lawn, and if you use a leaf blower or power washer, be careful not to harm your landscaping.

And, once you’ve gathered them all, see what you can do with them; there are many options! 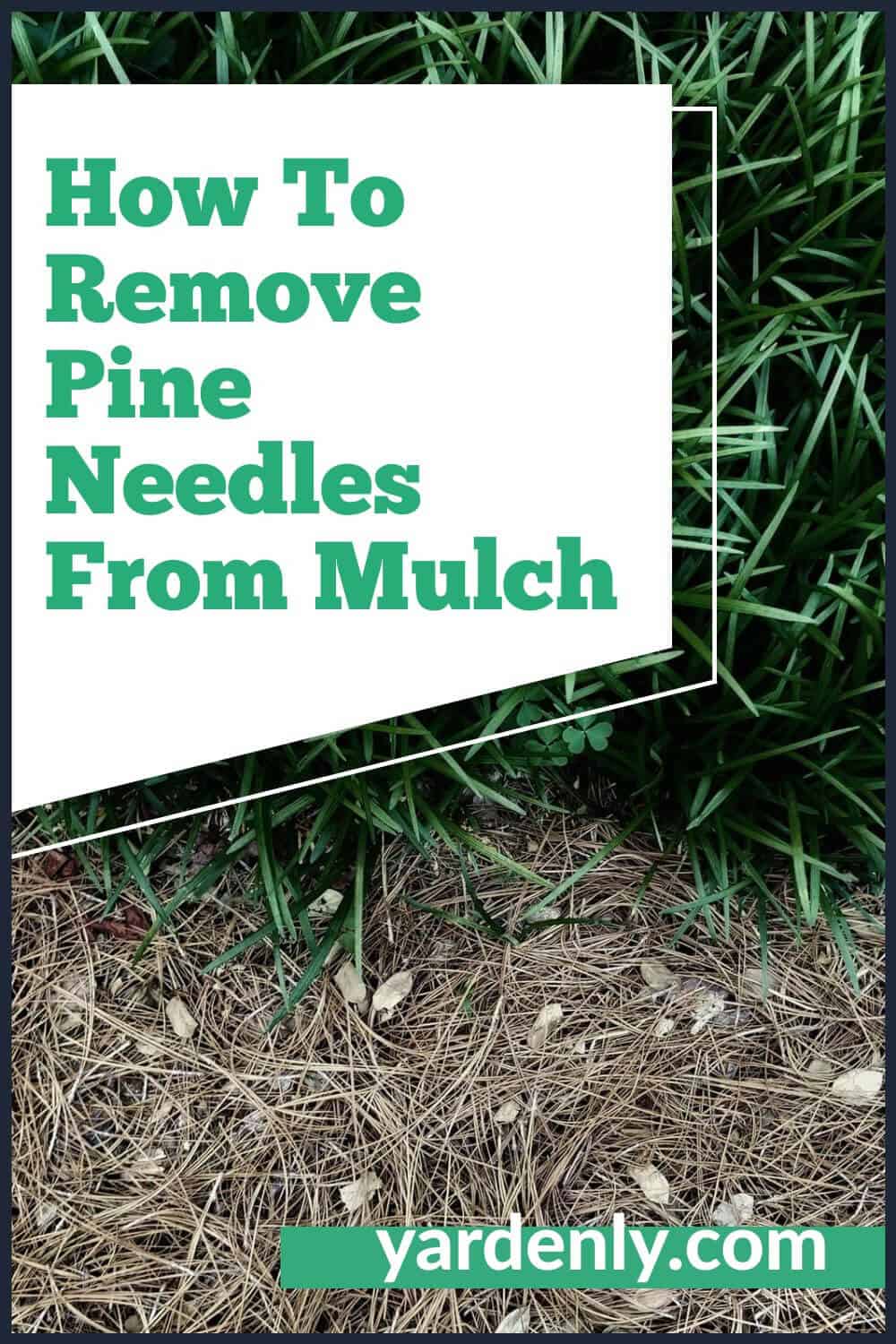